Most prominent video game websites have suggested that the price will be around $499.

During a live video conference streamed on its website on June 11, Sony presented 25 video games specially developed for the upcoming PS5.

Video game fanatics have finally seen what the new console looks like as well as the trailers for the 25 games, but the official release of PS5 is not set to take place until later on in 2020.

Sony has not yet revealed the exact release date, nor the price of PS5, but most prominent video game websites have suggested that the price will be around $499.

The list of new games that will be available for play on the console includes Horizon Forbidden West, Spider-Man: Miles Morales, a PS5 remake of Demon’s Souls, NBA 2K21, and 21 others.

Sony was set to announce details about PS5 on June 4, but reported them instead on June 11, in order not to detract attention from the Black Lives Matter protests in the US. “We stand in solidarity today and every day with the Black community,” tweeted Sony on May 31.

The affiliate Sony Music Group has launched a $100 million fundraiser to support the cause. “Racial injustice is a global issue that affects our artists, songwriters, our people and of course society at large.” said the music departement on June 5 on its website.

“We stand against discrimination everywhere and we will take action accordingly with our community fully involved in effectively using these funds,” Sony Music added. 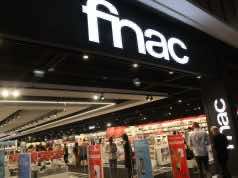