The struggling healthcare system in Yemen was unprepared to deal with COVID-19, and the humanitarian crisis may escalate.

Rabat – Human rights advocates are speaking out after the UN secretary general released an annual report on groups violating children’s rights in conflict zones, with the Saudi-led coalition in Yemen removed. The UN maintains a blacklist of entities that violate the rights of children around the world, and Saudi Arabia’s involvement in the Yemeni Conflict kept the coalition blacklisted for the last three years.

The report’s release came amid mounting concerns about Yemen’s overwhelmed health system as COVID-19 makes its way through the war-torn nation, and as conflict renews with vigor after a pandemic-induced ceasefire.

The civil war that began in Yemen in 2015 evolved into “the worst humanitarian crisis in the world.” The Iran-backed Houthi rebels and the Saudi-backed Yemeni government have been at war for more than five years. In the midst of this conflict, famine, and uptick in diseases and domestic violence, Yemenis are in dire need of help.

A health system on the brink: COVID-19, famine, and disease

Health authorities confirmed Yemen’s first case of COVID-19 in April. The country has confirmed a total of 844 cases, including 79 recoveries and 208 deaths, as of June 16. The UN reported that it is likely “many more people are symptomatic and are dying with COVID-19-like symptoms,” which may be due to “fear of stigma, safety concerns and inability to access testing.”

The international community is continuing to express concerns that the health system is unprepared to curb infection, conduct mass testing, or distribute medicine. “We hear from many of them that Yemen is really on the brink right now. The situation is extremely alarming; they are talking about that the health system has in effect collapsed,” said Jens Laerke, spokesman for the UN Office for the Coordination of Humanitarian Affairs, during a Geneva Briefing on May 22.

UNICEF spokesperson Marixie Mercado spoke on June 12 in response to the fact that its $479 million aid appeal is far from funded. “This means UNICEF will not be able to provide fuel to operate water pumping stations, or de-sludge sewage, or maintain crumbling water and sanitation infrastructure.”

Before COVID-19 emerged in Yemen, disease and famine were already widespread. United Nations figures indicated that “a million people are infected with cholera” and “3 million people are suffering from acute malnutrition, 500,000 of whom are children.”

With the pandemic putting additional stress on already struggling healthcare and WASH infrastructure, the situation is increasingly dire. UNICEF warned that if the international community does not contribute $30 million toward the $479 million target by the end of June, four million Yemenis could lose access to water and sanitation services before July.

“#COVID19 has made the health system’s collapse complete” in Yemen.

“There has been a strange mixture of fear and denial about the virus here.”

According to the UN, the conflict has killed at least 1,200 children and injured another 1,700. Saudi airstrikes using US and UK aircraft and bombs caused some of these casualties, while the Houthi rebel movement and the coalition’s government partners also contributed. The latter two entities remain on the UN’s blacklist. Approximately 3.2 million people are internally displaced because of the conflict.

The Saudi-led coalition declared a cease-fire starting April 9 because of the coronavirus pandemic. However, the cease-fire period ended and on Monday, two airstrikes resulted in the death of 13 civilians.

“We’re horrified to learn of the deaths of 13 civilians, including four children, today in Yemen,” said Xavier Joubert, Save the Children’s country director in Yemen. Joubert mentioned that their team was immediately contacted to provide support, but arrived late.

“This tragedy is yet more proof that, even though the war in Yemen has dropped off the radar of many people, it is still far from over. Millions of children are trapped in a toxic cycle of violence, fear, malnutrition and disease, while bombs are falling and COVID-19 is holding the country in a tight grip, taking children’s loved ones at will,” Joubert continued.

The children’s rights advocacy director at Human Rights Watch, Jo Becker, said that “the secretary-general has brought shame on the UN by removing the Saudi-led coalition from his ‘list of shame’ even as it continues to kill and injure children in Yemen.” 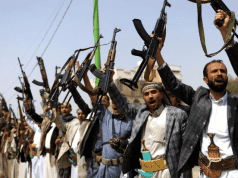 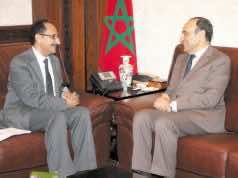