With the appropriate mechanisms in place, Morocco’s health technology sector could thrive.

“African Tech” is no longer a myth

Two-hundred-thirty-four African start-ups raised $2 billion in 2019 across all stages, from seed to growth. There has thus been a real vertical acceleration of African Tech. But the acceleration is also horizontal, and extends beyond the three traditional champions (Nigeria, Kenya, South Africa), with Egypt also becoming a major player. In 2019, 85% of funds ($1.72 billion) went to the three destinations, and another $211 million to Egypt.

Yet, the dynamics of start-up creation in Morocco are still weak compared to the aforementioned geographies. The total financing of Moroccan companies active in digital technology, all sectors combined, over 2019 reached $7 million, compared to $3.9 million in 2017. This contrast can be explained by the lack of support and financing for Moroccan start-ups, especially in their seed phase.

Some winning strategies for Morocco over the next three to five years would be to focus on new high-growth technologies that address medium-income markets in Africa and to experiment with new methods to address unmet social needs such as those in the health sector. Moreover, there is a particular value in developing sectors where growth contributes directly to job creation.

Build the foundations of Morocco’s leadership in health technology

According to the Partech Analysis 2020, Africa’s health technology sector attracted a total of $189 million in 2019, a 969% increase compared to 2018. This represents 9.3% of the total funding dedicated to start-ups, all sectors combined, operating in Africa.

For Morocco to become the African leader in health technology, it would have to increase the share of research and development (R&D) in Gross Domestic Product (GDP) and structure and/or consolidate its three ecosystems: Technological (research and development), entrepreneurial, and financial (venture capital market in particular).

It is essential to federate the three innovation ecosystems and create synergy between their respective actions. For instance, Morocco could strengthen synergy between academia (and research centers) and the entrepreneurial ecosystem and speed up access to finance.

African countries allocate less than 1% of their respective gross domestic product to research and development. Morocco is no exception. South Africa and Kenya, who lead the continent in terms of R&D to GDP ratio, only dedicate 0.8%, according to World Bank Data. In comparison, the average of R&D share of GDP in OECD countries is 2.4%.

In the biomedical field in particular, research in data processing and artificial intelligence is relatively inexpensive. Moreover, time to market technological output of this research is relatively short. This underlines the importance of widening the footprint of information technology and sciences within national universities in order to increase the pool of talents specializing in such advanced technologies.

In the biomedical area, university research centers are compatible with the insertion of incubators. The main mission of incubators is to examine new ideas by researcher-entrepreneurs in order to help transform the best proposals with added value for the community into business projects (and/or start-ups).

On the other hand, accelerators, which can be private or public, are involved at a later stage of the development process and are responsible for helping emerging companies raise funds to accelerate growth and “exit.”

This public-private partnership strategy requires an increase in the budget allocated to research and a cultural shift within universities and research centers, placing innovation and entrepreneurship at the heart of the ecosystem.

Nurture and sustain the entrepreneurial ecosystem

Entrepreneurship is recognized as an efficient vehicle for innovation and economic development. However, sustaining the entrepreneurial ecosystem remains a major challenge in most developing countries.

The vitality of such an ecosystem rests on fundamental foundations: Process simplification (e.g. creation of a moral entity), risk mitigation (for both the business and entrepreneur), and business growth optimization. These foundations rest on four pillars: Legislation, taxation, finance, and emulation and mentoring.

From a legal standpoint, simplification of regulations and processes and cost-minimization are paramount to encourage the spark of new businesses.

With regard to taxation, emerging companies should benefit from a simple, transparent, and advantageous taxation system with low wage costs and reduced and fixed income tax rates. These would provide start-ups with greater freedom in capital management, increase visibility over expenses, and therefore enable better budget planning.

Nn optimized and transparent taxation system would initially limit the need for capital. Nevertheless, it is vital for entrepreneurs to be able to benefit from seed investment programs from either the public or private sectors (banks or venture capital companies) or both.

Finally, fostering exchange and collaboration between peers, providing mentorship, and offering supporting systems with shared resources at lower costs (e.g. co-working spaces, calculation servers, training, and access to legal and financial accounting services) are all in-kind benefits which would help sustain the entrepreneurial ecosystem and foster its performance.

The venture capital market is less developed in Morocco than in South Africa, sub-Saharan Africa, or Egypt. This translates into longer wait times for project financing for entrepreneurs and sometimes delays unfortunately lead projects into the “valley of death.”

The question is: How can Morocco mitigate this morbid phenomenon and shorten timelines for access to financial capital? How can Morocco enhance the pool of companies at the seed stage? Wouldn’t the secret lie in a strategy of strong profitability for those investors who chose to fund emerging companies at a very early stage (seed, A-series)?

The first step would be to create an environment conducive to attracting capital through regulations’ reforms or tax incentives favoring venture capital investment.

For instance, part of the available national capital (institutional and private) should be redirected towards biotechnology and health technology sectors, particularly those based on machine learning and artificial intelligence. In order to lift barriers to international investment, thresholds for exemptions or minimizations should be revisited in order to avoid double taxation.

Developing the venture capital market fuels economic growth and promotes job creation. It is estimated that just under 40% of new jobs created in the United States in the last 40 years were created by venture capital-backed firms.

US and China as examples

In China, where a venture capital market has been developing over the past 15 years, it is estimated that privately financed companies specializing in this type of investment have created 10 million new jobs. In the United States, venture capital investments totalled $72 billion for more than 5,000 operations in 2018. In China, these amounted to $71 billion for more than 2,800 operations in 2018, and in 2018 in Europe, $18 billion was invested in 2,500 operations.

Beyond the absolute number of transactions closed per year, the key performance indicators should be measured as a percentage of seed or “A” series transactions because that is the biggest gap in the Moroccan market. By contrast, investment in Africa at the seed stage and A series is becoming well established. This involved 206 transactions, a 57% year-on-year increase, and a total of $620 million, a 116% year-on-year increase in 2019, according to the Partech 2020 report. Will Morocco succeed in capturing its fair share of this growth in seed and A-series investments?

Overall, there are several reasons to believe that the impact of venture capital will become more significant. One example is the growth in technology financing posted by Moroccan companies between 2017 and 2019, increased from  $3.9 million in 2017 to $7 million in 2019. One thing is certain: technology hubs, seed funds, business angels, and accelerators will remain the key drivers of such a transformative economic model in the foreseen future.

The success of these strategies is closely linked to the following three conditions: the magnitude of budget allocated to research and development, human capital investment and countrywide digital infrastructure, and the performance of the venture capital market.

Morocco should seize the opportunity offered by Africa’s dynamic technology market and the worldwide venture capital plebiscite for African solutions to innovate and develop Moroccan technology services, for both the national and international markets.

The kingdom should also capitalize on the common linguistic traits it shares with Middle Eastern countries to open new emerging markets for its future technology products and to attract regional investors.

Dr. Kaouthar Lbiati is a physician, specialist in international health policy (London School of Economics Alumni), Advisor to the Moroccan Institute of Strategic Intelligence (IMIS) and member of the strategic board of the American pharmaceutical company “Cytovia Therapeutics” specialized in cell therapies and cancer.

Dr. Tariq Daouda holds a Bachelor’s degree in Mathematics and Computer Science, a Master’s degree in Machine Learning from the Université de Montréal and a PhD in Bioinformatics from the Université de Montréal. His doctoral thesis focused on the application of AI to the study of the adaptive immune system. Dr. Daouda is currently a postdoctoral researcher at Harvard Medical School. 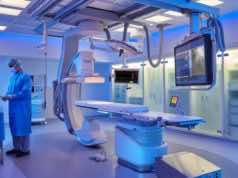