Moroccan players are impressing the audience of Germany’s professional football league, known as the Bundesliga.

Rabat – Moroccan international football player Amine Harit has made it to the list of the nominees competing for the Best Player Award for the 2019-2020 season in Germany’s professional football league known as the Bundesliga.

The 23-year-old Moroccan, who plays for Schalke 04, has scored six goals and made four assists in 25 games this season.

The midfielder is one of the key football players with the German club owing to his fast pace and technical skills in the field.

For Bundesliga, Harit is one of the most important players in coach David Wagner’s tactical plans.

With his fast pace and notable technique, “Amine Harit played a big part in the Royal Blues’ success, and was voted Player of the Month for September as a result,” said the Bundesliga website.

The German league said the football player regained his impressive performance “after going without a goal in the first month of the season,” scoring “in each of his three Bundesliga games in September.”

The Bundesliga website applauded Schalke’s head coach David Wagner for playing a “key role” in the development of Harit’s talents.

“He relied on Harit and made the attacker into a top performer. Thanks to his swift acceleration and nimble dribbling, Harit repeatedly stood out, and paid back the trust he was given,” the website said.

In addition to Harit, the list of nominees competing for the title includes: the Bayern Munich duo of Robert Lewandowski and Serge Gnabry; Timo Werner of RB Leipzig; the Borussia Dortmund duo of Jadon Sancho and Erling Haaland; and Kai Havertz, a young prodigy from Bayer Leverkusen. 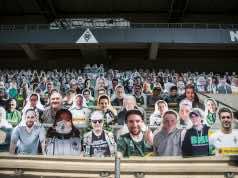