In a recent statement, the EBRD revealed that the BOA was its most active partner bank in the year 2019.

The European Bank for Reconstruction and Development (EBRD) designated the Bank of Africa (BOA) as the “Most Active Partner Bank in Morocco in 2019” as part of its Trade Facilitation Programme.

BOA has received the “Most Active Partner Bank in Morocco” designation several years in a row.

Founded in 1982 and headquartered in Bamako, Mali, BOA is a multinational pan-African banking conglomerate that operates in 18 African countries, in addition to a representative office in Paris, France.

The Moroccan Bank of Foreign Commerce (BMCE) has been the majority owner of BOA since 2010. The BMCE provides strategic and financial support to the BOA and facilitates international business due to its presence in Europe and Asia.

In the light of the pandemic’s economic impact, the EBRD provided Morocco’s BMCE with a loan of €145 million in April. The loan was part of the €1 billion solidarity package to mitigate the impact of the coronavirus pandemic on the economy of Morocco.

According to a statement from the BOA, the Trade Facilitation Programme, which offers a wide range of products, entails the promotion of international exchanges between EBRD countries, especially by strengthening the capacity of local banks to finance the exchanges.

The recent designation confirms that the BOA has continuously supported Moroccan organizations active in international business through funding of foreign exchange operations. 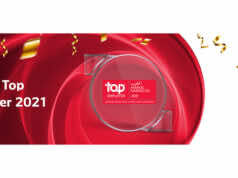