Ouahib’s love of and interest in technology began at a very early age, when his father owned a cyber cafe and he searched the web for innovations and software.

Rabat – Moroccan industrial engineer Ouahib Timoulali saw his name printed among the finalists and then winners for a Global STEM Alliance competition organized by the New York Academy of Sciences.

Ouahib did not only manage to secure his win in the challenge, but was also the first Moroccan national to win the competition in the history of the academy.

The engineer worked within a six-member team of people from different nationalities. Their project, dubbed the “Cybercastle,” managed to win the “Cybersecurity in the Age of Iot” challenge.

“The academy has a very difficult process to join and only accepts bright students or mentors, and the project is made through necessary deliverables that must be submitted respecting task dates and requirements,” Ouahib said.

The innovation seeks to address the rising cyber security issues of IoT devices, or the “internet of things,” a system of computing tools and digital machines that contain specific identifies able to transfer data over a network without needing human-to-human interaction.

Morocco World News interviewed Ouahib to learn more about his win and the journey he took to achieve it.

Ouahib, 22, is an engineering graduate from the National School of Applied Sciences (ENSA) in Kenitra.

The Rabat-born engineer told MWN that his team’s project is a blockchain “based on glucose remote monitoring.” It addresses the issue of hacking continuous glucose monitoring devices through multiple complex encryption protocols, “along with storing patients’ data in an off-chain database.”

The innovation seeks to allow patients to secure communication with their doctors without falling into unwanted cyber experiences that could threaten the lives of diabetics carrying the device.

The novel engineer expressed pride for being part of the six-member team, consisting of “very skilled” innovators.

“They have a strong background ranging from coding to business strategies. Each week for months we were having a virtual team meeting using a Zoom application guided by our mentor, Jill Gundlach,” he said.

Techie from an early age

Ouahib shared with MWN how he was interested in the field of technology at a very early age. He used to spend hours in his father’s cyber cafe searching for innovations and software.

“My dad had a cyber coffee shop and it was my favourite place in the world. I used to play games, watch movies, and search about software tools and innovation,” he said.

He also shared appreciation for his role model, Steve Jobs, and his approach to how “technology may change the world as it is today.”

Ouahib’s branch of study furthered his interest in cyber security for IoT devices.

“My field is industrial engineering so I am more towards cyber security for IoT devices (internet of things).We have seen business models adapt to maximise their collection of and use of data, seeking to use IoT technology as a means to do so and gain a competitive advantage,”  he said.

The student finds cybersecurity measures to protect IoT devices a “crucial task for today and the future.” Ouahib and his teammates will represent their Cybercastle project at the Global Stem Alliance Summit that will take place virtually in July.

He will also take part in a second summit, in 2021 at the New York Academy of Sciences, to present the project to investors and sponsors to raise “seed funding and expand the project worldwide.”

The Moroccan government is leaning toward more digitalization reforms, especially after the outbreak of COVID-19, which suspended a large portion of public and private business activity for more than three months, before the government announced lockdown easing.

Aware of Morocco’s determination to further digitalize, the World Bank on June 22 approved a loan of  $500 million to support the North African country’s plan to boost digital inclusion reforms.

Ouahib believes Morocco is going in the right path in becoming “very aware of the duality of the need for digital transformation and cyber risk.”

He recalled that several years ago, Morocco implemented  national cybersecurity and information systems, “fostering the transformation towards a digital economy and towards an information and communications society.”

The engineer believes Morocco still has much work to do to fight cyber crime, especially in the blockchain and the IoT fields.

Despite efforts to counter cyberattacks to strengthen its cybersecurity approach, Morocco still needs to work more in the field, according to international reports and studies.

The GCI outcomes were published by UK-based company Comparitech, which assessed 60 countries with low to high cybersecurity based on seven criteria, from malware rates to cybersecurity-related legislation.

Another report from Kaspersky, an anti-virus provider, ranked Morocco 34th on the list of countries with the most detected cyber threats.

The report said that more than 5.06 million internet users in Morocco were victims of cyber attacks, mainly malware attacks, between April and June 2019. Malware attacks execute unauthorized actions on the victim’s technology system. 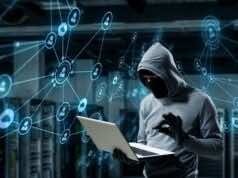