Over one hundred years of Spain’s “subtle” genocide left a lasting mark on the Muslim world. 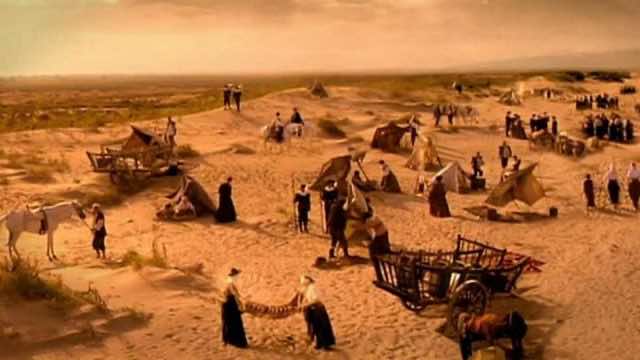 Washington, D.C. – As soon as Fray Francisco Jiménez de Cisneros replaced Hernando de Talavera as confessor of the Catholic Monarchs in the early 1490s, he began the process of conversion and acculturation of the Moors, which marked the sixteenth century. Cisneros was bent on converting them at all costs to the Christian faith.

He set an extreme precedent when in 1499 he forcibly baptized 4,000 Grenadians on a trip during which he accompanied the Catholic kings. The clergyman’s commitment to end all aspects of Islamic civilization, coupled with his religious fanaticism, dictated by his missionary spirit, led him, on the same trip, to order that all libraries and archives of the Nasrid kingdom of Granada be burned. He allowed one exception, for medical treatises.

Subsequently, Spain entered a long process of forced assimilation. This lasted over a century and culminated with the expulsion of Spain’s new outcasts. Throughout this process, dialogue, respect, and tolerance yielded their place to intolerance, violence, bigotry, and persecution.

Continued persecution and intolerance against the Moors took a dangerous turn in 1525 when Charles V, after having made an oath before Pope Leo X in 1518 to not expel and persecute this minority, asked Pope Clement VII for relief from his oath. The pope favorably received this request and did not hesitate to give the Spanish monarch the green light to set in motion a long process of persecution against the last Muslims in Spain.

After a special meeting that brought together the Councils of State of Castile and Aragon, the Supreme Council of the Inquisition, and the military orders, King Charles V eventually abolished the status of “Mudejar.” This was the name given to individual Moors or Muslims of Al-Andalus who remained in Iberia after the Christian Reconquista but were not converted to Christianity.

Accordingly, the law considered all Muslims of Spain as Christians. As a result, they had to baptize their children, abandon Islam, adopt the same lifestyle as Christians, and convert their mosques into churches.

From the moment the idea of a final expulsion of the Moors started taking shape, the royal ordinances enjoined them to behave like good Christians, and the edicts of expulsion became increasingly frequent.

Destroying an identity with violence

Any deviation or behavior contrary to the Christian religion was heavily punished. This led to mass deportations, executions, forfeitures or reduced property rights, imprisonment, fines, interrogation accompanied by torture, etc.

The situation of the Moors began to deteriorate since the royal decision forced them to act out as “good” Christians, to show their religiosity and live their parallel spirituality in hiding in fear of being denounced by Christians.

Their situation deteriorated more dramatically after the enthronement of King Philip II. His reign was marked by tighter measures of persecution and harassment against the Moors.

Indeed, following his ascension to the throne, the attitude of the Spanish ecclesiastics vis-à-vis the Moors became increasingly marked by intolerance and violence. The religious fervor of the church and Christians’ desire to achieve religious unity in Spain led them to pressure the king. They also appealed to the spiritual influence of the pope so as drastic measures be taken concerning the behavior of the new Christians.

To get rid of their enemies, the Spanish ecclesiastics were bent on adopting measures to prohibit anything that could help the Moors to conceal their religious rituals.

Thus, they proceeded to prohibit the use of Arabic language, Muslim religious practices and customs, as well as places frequented by the Moors, such as public baths.

These Spanish priests sought to strictly enforce the edict of Charles V of April 4, 1525 and the royal decrees of both that year and 1526, which until then were not strictly applied. On January 2, 1567, to mark the anniversary of the surrender of Granada, they issued a decree giving the Moors three years to definitively abandon written and spoken Arabic, forbidding the use of Henna and Moorish names and ordering them to change their dress code.

Moreover, this decree included the demolition of all public and private baths. This measure, which came into effect immediately, constituted a violation of the principles and the terms of the capitulation, under which the Moors were allowed to retain their property, their customs, their religion, and their religious system.

Given the severity of this approach, the religion, culture, and traditions of the Moors were doomed to disappear altogether. From that point, the Moors realized that nothing could save their religion and their way of life except an armed struggle.

When all else fails, force prevails

In this hostile environment, the Moors began to prepare their desperate response. On Christmas Eve 1568, they launched the uprising of the Alpujarras, which lasted until 1571. During the uprising, this minority attacked all symbols of the oppression of the Spanish state: Priests, monks, nuns, churches, and holy images.

After a struggle that lasted nearly three years, and because of the little support they received from the Turks and Morocco, the Old Christians decimated them and deported them en masse within Spain. Following this mass deportation, the Moors were stripped of all their lands and all their goods were sold or leased to the “Old Christians.”

After the uprising of the Alpujarras, many churchmen such as Torrijos, Martín de Salavatierra, Alonso Gutierrez, etc., following the failure of the assimilation programmed against the Moorish minority, advocated that they be subjected to a genocide. They proposed doing so not through physical elimination but through other, more subtle and “less violent” means. To achieve the progressive elimination and expulsion of the Moors, they considered a series of inhumane measures.

Among the measures aimed at curbing the reproduction of the Moors, some clergymen advocated the prohibition of marriages between them, which would lead inevitably to celibacy and the decrease in their number. Others advocated going even further by simply advocating their castration.

After the deportation and dispersal of the Moors in Spain, the only large Moorish community that still worried the Spanish Crown was that of Valencia. After more than three quarters of a century during which this community somehow survived the ferocity of the inquisitors and Old Christians, it was their turn to be killed, persecuted, and compelled by force off their land.

The architect of this mass deportation was Francisco de Sandoval y Rojas, Marquis of Denia. He later became the Duke of Lerma and was one of the most influential lords of the Moors of Valencia and a favorite of King Philip III.

His chief adviser and close associate was the inquisitor Jaime Bleda. Known for his anti-Muslim and anti-Moors positions, he was among the first architects of the dark, negative image of Moroccans in Spain. This inquisitor known, for his fanaticism and determination to rid Spain of the Muslim “cancer,” participated actively in the development of the strategy to deport the Moors without major incident.

He was also instrumental in keeping the intentions of the Church and the Crown under utmost secrecy. His ultimate goal was to take the Moors off guard and not allow them time to organize themselves and pose any resistance.

The duke officially proposed the deportation of the last Muslim minority of Spain in 1606. At the helm of the State Council, he had no difficulty in obtaining the approval of and convincing all influential people of the merits of this measure and the need to expel the Moors.

The expulsion of the Moors took place between 1609 and 1614. Within a five-year span, the new Spanish state expelled between 300,000 and 700,000 Moors. The majority of those remaining settled in Morocco, and to a lesser extent in Algeria, Tunisia, and Turkey.