According to a recent report, inflating the numbers of the Tindouf camps’ populations is one of the main schemes used by Algeria and Polisario to make fraudulent financial gains. 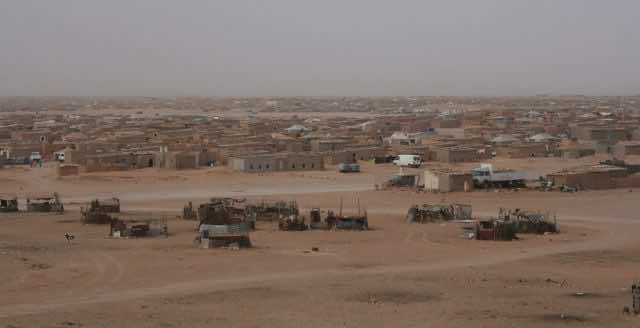 Rabat – Algeria and the separatist Polisario Front continue to divert the humanitarian aid sent by the EU for the populations in the Tindouf camps, southwestern Algeria, revealed an investigative article by London-based news outlet EUToday.

“Unfortunately, and despite promises from the European Commission to put an end to the diversion of humanitarian aid in the Tindouf camps in Algeria, this diversion continues … Overwhelming new evidence comes to support this thesis,” said the report published on June 30.

The Tindouf camps are a group of refugee camps under the control of the Polisario Front. Refugees at the camps have for long denounced the lack of access to basic needs, prompting international organizations and foreign countries to send them humanitarian aid.

The EUToday report, like many before it, claims that the Polisario leadership and Algeria divert the aid from its intended beneficiaries to make financial profit.

“Today, … [the camps’] populations [are] political pawns, exploited by Polisario for the humanitarian aid their presence attracts: aid which is too often stolen, and sold to support Polisario’s military and political aims,” the article said.

The European news outlet conducted an interview with Mohamed Cherif Larossi Ahmed Salem, a former Polisario activist, who, according to the report, has personally witnessed EU food aid on sale in markets in Mauritania.

Ahmed Salem “explained how this vitally needed food aid is diverted to build personal fortunes, and to maintain a military arsenal that includes heavy tanks and surface-to-air missiles.”

According to the human rights activist, “Algeria itself is complicit in the fraud,” through taxing the humanitarian aid.

EUToday recalled a hearing in the European Parliament’s Budgetary Control Committee in July 2015, when an MEP mentioned that “Algeria imposes taxes of 5% of the [then] annual €10 million in humanitarian aid to the Tindouf camps.”

Refusal of a census

The report suggests that a key tactic to diverting food aid is deliberately inflating the numbers of refugees in the camps.

“Polisario has reported the presence of 155,000 to 170,000 refugees in the area of Tindouf, but independent organizations and neutral observers estimate that, in their view, the real number of refugees is likely to be somewhere around 70,000-90,000 people,” the report said, explaining that “the resultant surplus in supplies, funded by hard-pressed European taxpayers, represents Polisario’s profit margin.”

Both Algeria and Polisario have opposed any census in the Tindouf camps, despite recurring requests from the UN Refugee Agency in 1977, 2003, 2005, and 2015.

The report indicates that the deviation of humanitarian aid is the main reason behind malnutrition in the camps, recalling a recent report from the UN peacekeeping mission in Western Sahara, known as MINURSO.

Many residents of the camps are forced to perform military service in the armed forces of the self-proclaimed Sahrawi Arab Democratic Republic (SADR) and others are required to perform work in return for the food aid “that should be theirs by right,” said EUToday’s report, quoting Ahmed Salem.

Bjorn Hultin, the vice president of Brussels-based NGO “European Committee for the Support of the Autonomy Plan in Western Sahara,” told EUToday that Morocco’s autonomy initiative represents “a just, logical, rational, and equitable solution to end a conflict that has lasted over 43 years, and to put an end to the suffering of the populations in the Tindouf camps in Algeria.”

“Regarding the recent diversion of European humanitarian aid that is sold in Mauritania, as supported with clear and sharp photos of the European flag, as well as eyewitness reports, I can confirm that this is not the first time,” Hultin said.

“I followed with attention and amazement as a consultant to the European Parliament the outcry aroused in parliament by the [European Anti-Fraud Office] OLAF report which was made public in 2015,” he continued.

The OLAF report the European activist mentioned covered a four-year investigation between 2003 and 2007, and documented a “well-organized, years-long” embezzlement by the Polisario Front of humanitarian aid designated for Sahrawi refugees in the Tindouf camps.

“This report clearly states that the Polisario leaders systematically and methodically adopt misappropriation of humanitarian aid and accumulate colossal fortunes, and they all have luxury real estate in Spain. It is tragic to be enriched on the back of the suffering of the sequestered populations,” Hultin commented, quoted by EUToday.

According to the news outlet, the OLAF report confirms the testimonies of former Polisario members about the process by which the embezzlement takes place: “EU food aid arrives in the Algerian port of Oran, where the sorting between ‘what should arrive and what can be diverted’ takes place.”

“During all my activity in Germany, I was brought to note that an important quantity of the humanitarian aid sent to the populations of the camps of Tindouf by the German donors was systematically diverted by the members of will of the Polisario, who proceed to sell it in the south of Algeria and the north of Mauritania,” said Ghoulam Najem Mouichame, a former representative of Polisario in Bremen, during his interview with EUToday.

At the end of the report, the outlet tackles the “harsh” living conditions of populations in the Tindouf camps, recalling a 2014 Human Rights Watch report that described the majority of residents as “living without running water in their homes” and claimed the self-styled “SADR security forces tortured and physically mistreated people in their custody.”

“EUToday interlocutor, … Ahmed Salem, himself spent five years in a Polisario prison for his ‘counter-revolutionary’ criticisms of the organization,” the report concluded, linking a video where the activist gives an account of his imprisonment in “inhumane conditions” and his escape from Polisario.

100 Days on, Polisario Silent on Detention of Opposition Activists 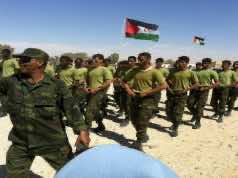