Detectives are still investigating the circumstances of the case.

Rabat – Judicial police in Guelmim, southern Morocco arrested on Wednesday, July 1, a 56-year old retired soldier for his alleged involvement in the murder of his 37 year old wife.

The murder took place on Tuesday, June 30, and police intervened to inspect the body of a woman inside the couple’s home. The body showed signs of violence using a sharp tool, a statement from the General Directorate of National Security (DGSN) said today.

Investigations by judicial officers showed the victim’s husband perpetrated the crimes before fleeing the scene.

The DGSN statement said that search and investigation enabled police to identify the suspect’s location, emphasizing that the motives for the crime “were likely due to family problems” that security services aim to determine through further investigation.

Police put the suspect in custody for further interrogation to determine the background of the case. 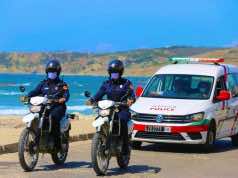