The partnership between the two agencies dates back to 2012 when AFD granted a €50 million loan and an additional TAG of €300,000 to the ANP.

The contract seeks to improve the competitiveness of the ports in a way that will boost their “resilience to climate change effects and strengthen their urban integration,” said both institutions in a joint press release shared with state-run Maghreb Arab Press (MAP).

The press release quoted Le Gal as saying that the cooperation in the port and maritime fields will “strengthen the commercial networks between Morocco and France and their efforts to promote a blue and efficient economy that respects sustainable development.”

Meanwhile, the ANP’s Director-General Nadia Laraki stated that “the 2018-2024 investment program will consolidate the development and modernization of the port fabric in order to stimulate the socio-economic impact of port spaces on their hinterlands.”

Between 2018 and 2022, the ANP has pledged MAD 6 billion ($600 million) for large-scale infrastructure projects aimed at keeping up with changes in maritime transport and trade with international partners. In 2018 alone, the ANP invested MAD 2.7 billion ($270 million) for the development of port facilities.

The investments are part of the ANP’s 2030 National Port Strategy, through which it is establishing projects in the ports of Casablanca, Essaouira, Al Hoceima, Sidi Ifni, Agadir, Laayoune, Cala Iris, Ras Kebdana, and Tan Tan.

Elaborating further on ways to achieve the ambitious goal of the 2018-2024 program, the AFD’s director in Morocco, Mihoub Mezouaghi, stressed that the agency will work to ensure coastal infrastructure is resilient against the threat of rising sea levels.

Mezouaghi added that the agency will also operate on “the implementation of a carbon balance system to improve energy efficiency and preserve the biodiversity of the aquatic environment through the prevention of marine pollution.” 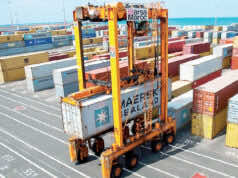 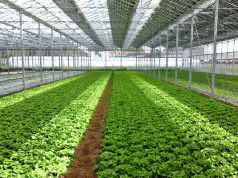