The meeting comes less than a month after King Mohammed VI’s heart surgery.

The meeting marked the review of the general guidelines of this year’s finance bill, and the approval of several draft laws as well as a draft decree.

Spokesperson of the royal palace, Abdelhak Lamrini, said that the King inquired about the development of the epidemiological situation, especially after the beginning of Morocco’s gradual lifting of sanitary confinement measures.

Health Minister Khalid Ait Taleb reassured the King that the epidemiological situation is stable with a “high degree of vigilance and that majority of those affected are asymptomatic.”

The minister said that despite the reduction in sanitary confinement, the fatality rate has remained low and the number of critical cases is also low.

“The increase in the number of people recently reported as infected is mainly explained by the widening of collective screenings [at an early phase],” the minister explained.

He reassured that a national scientific commission is monitoring the evolution of the pandemic.

Minister of Economy and Finance Mohamed Benchaaboun presented a statement on the general orientation of the “the bill, in which he evoked the contexts characterized mainly by the repercussions of the COVID-19 pandemic, which imposed recourse to the first amending of the finance bill within the framework of the new organic finance law.”

Citing the pandemic’s economic consequences, El Othmani said that the challenges necessitated a revision of the budget for this fiscal year, giving priority to funding socio-economic sectors.

He also cited the provisions of article 47 of the new organic finance law.

Like El Othmani, Benchaaboun said the amendment of the 2020 budget bill seeks to support the gradual recovery of Morocco’s economy, preservation of employment, and acceleration of the implementation of administrative reforms.

The first pillar seeks to implement agreements in favor of each sector, depending on their specificity and the impact they suffered due to the COVID-19 pandemic.

The measures also include allocation of funds necessary to cover the risks of guaranteed loans for all small business segments, including public enterprises.

The first pillar also seeks the promotion of public investment to accelerate the revitalization of the national economy.

The second pillar regards preservation of employment in the private sector. It includes plans for the allocation of resources from the Special Fund for the Management and Response to COVID to continue to provide support to the sectors which will face challenges even after the lifting of the COVID-19-induced lockdown.

Regarding administrative reforms, Benchaaboun said that the third pillar will focus on the implementation of the provisions of the law related to the “simplification of procedures and administrative formalities.”

The measures will also include plans to accelerate the implementation of the public service charter.

Benchaaboun also stressed the government’s plans to accelerate the implementation of the national financial inclusion strategy through the encouragement and generalization of mobile phone payments.

The minister of economy commented at the end of the presentation on the assumptions about “the 2020 finance law, which provides for a 5% decline in GDP and a budget deficit of 7.5%.”

He said the government’s project seeks to “rapidly overcome the economic and social effects of the COVID-19 pandemic crisis.”

The meeting comes less than a month after the monarch underwent heart surgery. The June 14 surgery came after the King presented a recurrence of a heart rhythm disorder, atrial flutter, on a healthy heart. 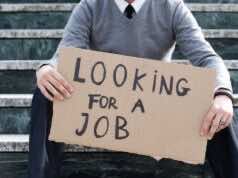