According to the prison administration, a major outbreak was prevented thanks to early testing and a strict health protocol. 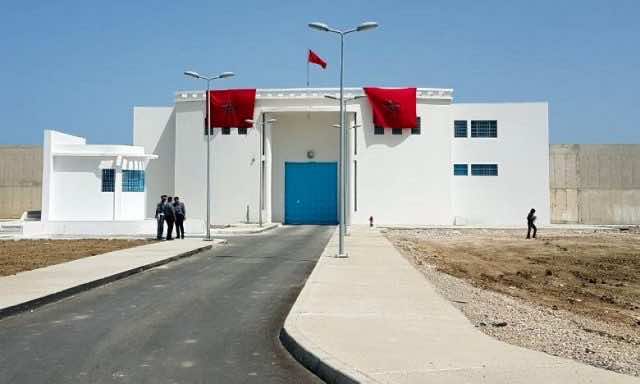 The convicts, however, tested positive for the coronavirus during their admission and before they mixed with other prisoners, said a statement from the General Delegation for Prison Administration and Reintegration (DGAPR) on July 6.

To prevent the spread of the virus in the prison, the patients were quickly isolated and transferred to a public hospital to receive the treatment protocol implemented by health authorities, the statement added.

DGAPR explained that 46 new inmates admitted to the Tangier prison in the past week underwent COVID-19 tests before their admission. The initial tests came back positive for 29 inmates. However, a second round of more accurate tests only confirmed 20 infections.

The prison administration also denied the reports shared on some local news outlets alleging that the prison does not administer COVID-19 tests for all incoming inmates. DGAPR assured that health officials at the penitentiary establishment have implemented a strict health protocol to protect the safety of prisoners and employees.

In late April, several COVID-19 cases appeared in prisons across Morocco, leading DGAPR to implement a series of measures to bring the pandemic under control.

The main measure was a mass testing campaign that targeted 73 correctional facilities and covered 1,736 people, including 961 inmates, 711 civil servants, and 64 employees. The campaign allowed for isolating COVID-19 patients and preventing major outbreaks.

The campaign came after the detection of a major COVID-19 outbreak in the local prison of Ouarzazate, southern Morocco, in the third week of April. COVID-19 tests at the prison revealed the infection of 241 people, including correctional officers and inmates.

In addition to the testing campaign, DGAPR limited family visits and separated correctional officers into two groups, adopting two-week-long shifts. The officers undergo medical tests before starting their shifts, and are then subject to COVID-19 tests if they are suspected of carrying the virus.