The festival celebrated its 50th anniversary in 2019 and attracted thousands of visitors.

Rabat – The 51st National Festival of Popular Arts is set to take place from October 27 to 31 in Marrakech, Morocco under the theme “Eternal Chants and Rhythms,” announced a press release from the organizers.

Moroccan NGO “Le Grand Atlas” is organizing the event in collaboration with Morocco’s Ministry of Culture, Youth, and Sports.

Initially scheduled for July 1-5, the festival was postponed due to the COVID-19 pandemic. Depending on the epidemiological situation in the country, the new date could be delayed further, the organizers assured.

For more than 50 years, the annual event has been promoting the popular arts of the various Moroccan regions. It is considered to be one of the most important events for preserving Morocco’s artistic heritage.

The El Badii Palace — a 16th-century monument built by the Saadi dynasty — is set to host a series of shows that would immerse spectators in the diversity of Moroccan arts and the country’s heritage.

The arts to be showcased in the festival include dance, singing, music, and theater, as well as other types of folkloric shows.

According to the Ministry of Culture, the event “plays an important role in the protection and sustainability of the kingdom’s popular arts.”

In 2019, the event, celebrating its 50th anniversary, attracted thousands of visitors, including Moroccans and foreign tourists, who experienced a taste of Moroccan culture and its richness.

This year, it remains to be seen how the COVID-19 pandemic would affect attendance at the festival, especially as Morocco’s international borders remain closed to foreign tourists for the time being. 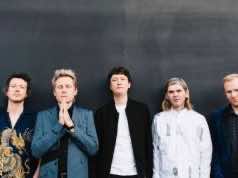