The Moroccan artist had a successful career in theatre, cinema, television, and radio. 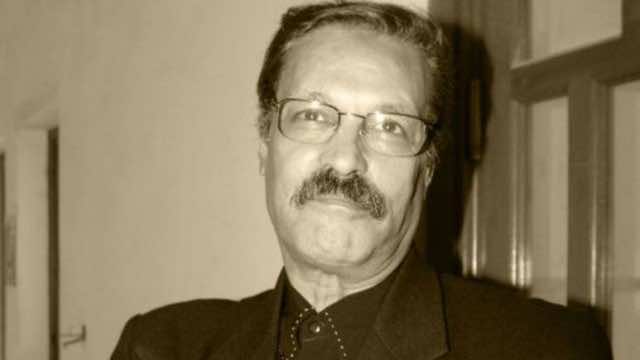 Rabat – Moroccan actor, playwright, and television and radio presenter Abdeladim Chennaoui died on Friday, July 10, in Casablanca at the age of 85, after a long struggle with a chronic illness.

The Syndicate of Theater, Cinema, and Television Professionals announced the news on Saturday morning through a statement shared online.

“We received with great sadness and sorrow at the syndicate … the news of the loss of a pillar of national theater and drama, the creative artist Abdeladim Chennaoui,” said the statement.

The deceased suffered from an undisclosed chronic illness and was not able to leave his bed in the last months of his life, the document added.

A pillar of Moroccan Theatre

Born in Derb Sultan, Casablanca, Chennaoui grew up in a patriotic environment amid Morocco’s struggle for independence. From a young age, the artist developed an affinity for theatre and joined the theatre troupe of Bachir Laalej, one of Morocco’s first film actors.

In the late 1950s, Chennaoui participated in several tours in Morocco, Tunisia, and Algeria with the group of artists, until he took an opportunity to study cinema in Egypt in 1959.

After two years in Egypt, Chennaoui came back to Morocco to discover that his cinematographic studies would not serve him much since moviemaking was not yet facilitated in the country, so he went back to theatre.

In 1961, Chennaoui created the “Arab Brotherhood” troupe, which gave birth to the career of a number of actors who went on to become emblems of Moroccan theatre and cinema, such as Abdellatif Hilal, Mohamed Majd, Mustapha Zaari, Mustapha Dasoukine, Abdelkader Lotfi, Souad Sabir, Zhor Slimani, and Salah Dizane.

The group of artists presented more than 18 plays written and directed by Chennaoui, many of which became very popular in Casablanca throughout the 1960s.

In the late 1970s, Chennaoui joined national television and worked as a presenter for some of the most watched entertainment and talk shows at the time.

The year 1980 marked a new shift in Chennaoui’s career, when he joined the newly-created Medi 1 radio station on a two-year contract. The initial two years turned into a 20-year-long career during which he presented more than 50 artistic and cultural radio shows and proved himself as a remarkable voice presenter.

At the end of his career, Chennaoui went back to television, working as a presenter for the 2M television channel, and also participated as an actor in some plays and movies.