Chris Morocco pursued his passion for gastronomy and became a food editor after studying French literature and working in the field of fashion.

Chris Morocco, test kitchen director at Bon Appetit, is featuring in online conversations once again. After the questions “Is Chris Morocco gay?” and “Is Chris Morocco married?” sprang up in debate among netizens earlier this year, he is now hitting legitimate headlines as he calls for equal pay for his BIPOC colleagues.

After a photo surfaced of former Bon Appetit Editor-in-Chief Adam Rapoport wearing brownface on Instagram in early June, Chris Morocco joined his voice with the staff and made it loud and clear that he condemns all acts of racial discrimination. Morocco and the team addressed a seemingly racially-based Bon Appetit pay gap on social media, and spoke up against the production’s practice of featuring BIPOC staff in Bon Appetit videos without offering payment, as they would to white staff members.

Morocco’s support for the BIPOC community sparked conversations online, but unlike with the rumors within “Is Chris Morocco gay?” threads, followers had available a direct statement from Morocco, via Instagram. “I unequivocally condemn the actions of our editor-in-chief and want to make it clear that I stand with my BIPOC colleagues,” netizens have captured his Instagram story as saying.

In contrast, the flurry of “Is Chris Morocco married?” speculations simply followed a rare personal reference he made on the show, commenting on preparing food for his wife. Morocco is well-known for keeping quiet about his private life.

When he is not stepping up to call for racial justice, Chris Morocco keeps busy in the kitchen. However, Morocco did not always suspect he would end up working as a chef, let alone a celebrity culinary master.

Chris Morocco’s life prior to becoming a chef

Born on February 26, 1980, the American Chef grew up in Newton, Massachusetts. In an interview with the Oberlin Review, Morocco revealed that “he had grown up around food and definitely had a deep appreciation for food.”

“I was probably more of a technically-minded cook than most other college students,” Morocco told the Oberlin Review.

“Cooking [in Pyle] and doing lunch and dinner one day a week for a hundred some odd people was really my first introduction to the making-it-happen style of cooking where whatever you’re given,” Morocco continued.

Shifting gears from fashion to gastronomy and culinary arts

Morocco’s “deep appreciation for food” led him to quit his job as a booking production manager at Vogue.

In fact, Morocco was never interested in fashion. “I realized I was going to hit the wall at a certain point from the simple fact that fashion was not really my thing,” he said.

He started attending the French culinary institute in order to hone his cooking skills.

After working as a staff food editor at Real Simple for a year and a half, Morocco had a change of heart and decided to go back to working for Bon Appetit as a deputy food editor. He has continued to gain in popularity due to his culinary skills—and perhaps also in part because his name recalls a country known for its rich cuisine.

Bon Appetit started growing its presence on social media, especially on YouTube, around 2017. Morocco started making regular appearances, and the channel has amassed over six million subscribers and one billion views.

Some of his audience has questioned Morocco’s sexuality online due to certain mannerisms. At a time when some fans were convinced he is gay, Morocco mentioned in a Bon Appetit video that he is married to a woman, debunking existing myths about his sexuality and sparking the flurry of “Is Chris Morocco gay?” and “Is Chris Morocco married?” conversations online.

Morocco currently lives with his wife and children in Brooklyn, New York, and is adored by many. Regardless of unsubstantiated rumors over his personal life, the “Is Chris Morocco gay?” and “Is Chris Morocco married?” conversation has not defined his career. Due to Morocco’s skill in the kitchen, his Instagram page recently passed 500,000 followers, making him a beloved television and online personality. 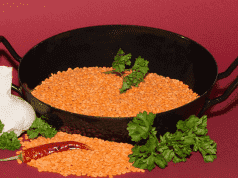 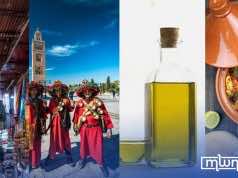 Moroccan Lifestyle: 5 Tips for a Healthier Mind and Body

How to Cook Like a Moroccan Mum: Steamed Lamb Mechoui