With infrastructure investments, tax breaks, and a vast pool of labor, Morocco is an attractive destination for European investors looking to target core markets and shorten supply chains.

Rabat – As European firms recover from the COVID-19 crisis, they are looking beyond their traditional reliance on China in a bid to shorten supply chains. A beacon of political stability in the Maghreb, experts say Morocco is emerging as a top contender for European investment.

“Morocco is very well positioned because of its proximity,” Alessandro Nicita, an economist at the United Nation Conference for Trade and Development (UNCTAD), told German media outlet DW. “Because it’s part of [the] EU’s regional trade agreements, its rules of origin are kind of integrated with those of the EU.”

Rand Merchant Bank (RMB) named Morocco the second most attractive country for investment in Africa, ahead of South Africa and second only to Egypt, in its 2019 index.

The bank spotlighted Morocco’s well-developed operating environment, its reintegration into the African Union, and its strong presence in the Economic Community of West African States (ECOWAS) as factors that have caught the attention of foreign investors. According to the experts DW references, infrastructure investments, tax breaks, and free plots of land sweeten the deal in the eyes of the European Union.

Morocco enjoys strong ties with the EU, its strongest economic partner. In addition to trade, Morocco and the EU collaborate in the fields of security, counterterrorism, and curbing irregular migration. Moroccans also top the list of foreign nationals acquiring EU citizenship, with large diaspora communities in France and Spain. The EU decided in June to open the Schengen Area to travelers from only 15 countries, including Morocco.

The global COVID-19 crisis has arguably ushered in a new era of Morocco-EU cooperation, with the latter issuing several grants to help the North African country withstand the pandemic.

In the span of three months, the EU allocated €139.16 million to strengthen Morocco’s distance education mechanisms, €100 million to support the health sector, injected €157 million into its national COVID-19 response fund, and added €450 million to its annual Moroccan assistance budget. In a show of gratitude and commitment to bilateralism, Morocco contributed €3 million to the European Commission’s “Coronavirus Global Response” campaign.

Spokesperson of the EU Peter Stano remarked on April 29 that “this responsiveness and solidarity illustrate the strength of our ties,” commending Morocco’s ability to react “quickly and effectively” to the pandemic.

Forecasting the future of European investment in Morocco

Should European investors decide to part ways with China in favor of Morocco, the North African country’s automotive sector would be the first to thrive.

Reeling from the coronavirus pandemic, European carmakers have shut down factories, disrupting supply chains and slashing sales. Expecting even more losses, some auto manufacturers are already beginning to reorganize. With a large, cheap labor force, Morocco is proving to be an attractive basecamp for companies looking to hone in on core markets such as Europe, Africa, and the Middle East.

“Morocco will be a strong contender to benefit from Renault’s and PSA’s restructuring as the country’s autos manufacturing industry is dominated by these two OEMs [Original Equipment Manufacturers] and their supply chains are already well-developed in the country,” DW quoted analysts from Fitch Solutions as saying.

“Morocco could see increased investment into Renault’s local supply chain as the OEM looks to restructure its operations to focus on its core markets, which places Morocco’s automotive industry in a strong position to capitalize on this restructuring plan due to its proximity and trade ties with Europe, Africa and the Middle East,” the analysts continued.

However, Morocco will not likely reap the benefits of such investments until 2021: “Automakers will be keen to cut their spending as much as possible in 2020 due to the weak demand for vehicles and costs from production disruptions caused by the COVID-19 pandemic,” the analysts explained.

Morocco also faces setbacks such as capital controls and a shortage of high-skilled workers, opening the country to competition from Portugal, Poland, and Romania. European companies may also be hesitant to give up the lower-cost labor, skilled workers, developed infrastructure, and raw materials that China can offer.

Morocco, however, maintains an advantage in more niche markets. “If you look at Morocco, there are more favorable conditions there for specific areas in particular, in relation to renewable energy and environmental-related sectors, Morocco is quite a frontrunner and the EU tries to chip in on that,” Guillaume Van Der Loo, an analyst with the Centre for European Policy Studies, told DW.

“The idea that the European Commission has already expressed about diversifying supply chains could be beneficial for Morocco and that could accelerate negotiations on the new trade agreement.”

As Morocco’s Minister of Industry Moulay Hafid Elalamy stressed in April, “the Moroccan economy will experience difficulties and changes in its composition. But there are also great opportunities to be seized” in the wake of COVID-19.

“The opportunities that are opening up now for Morocco were not possible during the last 50 years.”

Morocco is waking up to its own production and engineering capacities and recognizing its ability to proactively adapt to the new market demands the pandemic has introduced. Adding strong European investment to Morocco’s plans to expand local industry and reduce imports would trigger nothing short of a sustainable economic revival in the North African country. 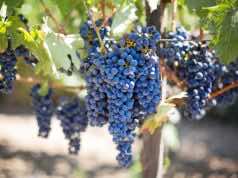