Morocco conducted its second Voluntary National Review of its progress toward the 2030 Sustainable Development Goals.

Rabat – Morocco is among 47 countries to carry out a 2020 Voluntary National Review regarding the country’s progress toward the implementation of the United Nations Sustainable Development Goals (SDGs) for 2030.

Over the course of three days, beginning on July 14 and ending on July 16, Morocco participated in this year’s annual SDG meeting. The 2020 theme was “Accelerated action and transformative pathways: realizing the decade of action and delivery for sustainable development.”

Minister Delegate to the Minister of Foreign Affairs, African Cooperation and Moroccans residing abroad Nezha El Ouafi spoke at the virtual UN High Level Political Forum meeting on July 16. She explained the Voluntary National Review has enabled the country to measure its progress as it continuously works toward Morocco’s development goals.

Efforts to improve the prosperity of the country’s population include a new project to overhaul and renew the Moroccan development model.

The minister delegate added that King Mohamed VI is setting up a national commission responsible for updating the development model. The model will assess challenges inhibiting the country’s growth in education and training, employment, social protection, and youth issues.

Morocco’s development efforts involve implementing institutional reforms amid the consolidation of its development model. They also include advancing protection and assistance programs for women, children, and people with disabilities. Setting up a National Charter for the Environment and Sustainable Development also features in the strategy.

The country is also establishing global partnerships, particularly in Africa, that fulfill its commitment to achieving Agenda 2030 on an international scale.

According to the UN Sustainable Development Goals website, Morocco has made significant investments and efforts toward the country’s successful development. The North African country began its own national development efforts in 2000. It mobilized a third of its GDP to fight poverty, social inequality, and climate change while enhancing its natural resources.

“These efforts have enabled the country to strengthen its accumulation of physical capital, promote its human capital, [and] accelerate its transition to clean development,” reads the online report.

Thus, improving “the content of its economic growth in terms of employment, poverty reduction, social and territorial inequalities and reduction of dependence on fossil fuels, and this in a context marked by the international financial crisis of 2008 and three years of drought in the last decade,” read the online report.

The UN SDG website noted Morocco’s 4.2% economic growth from 2000-2018, a 9% drop in unemployment, and decreased levels of poverty. It also commended the country’s reduction in inequality across regions, investment in renewable energies, and urban development initiatives. Advancement of hydraulic sanitation projects and extensions of forest space also earned a mention.

What are the Sustainable Development Goals?

World leaders have adopted the 17 Sustainable Development Goals under the United Nations 2030 Agenda in order to address development issues. The goals are a blueprint for a more peaceful, prosperous future for all of humanity, “leaving no one behind.”

Countries involved have agreed to work toward goals at the levels of biosphere, society, economy, and partnership. Society goals include no poverty, zero hunger, good health and wellbeing, quality education, gender equality, and affordable and clean energy. Sustainable cities and communities also fall in this category, as well as peace, justice, and strong institutions.

Biosphere goals include climate action, clean water and sanitation, life below water, and life on land. Economy goals include decent work and economic growth, reduced inequalities, sustainable consumption and production, and industry, innovation and infrastructure. Partnerships to achieve the goals span all levels. 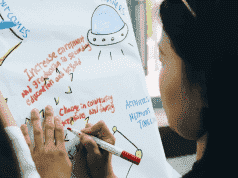 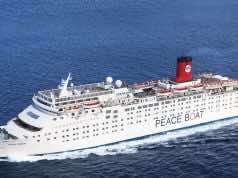