According to a Court of Auditors’ report, Morocco is lagging behind international food safety standards. 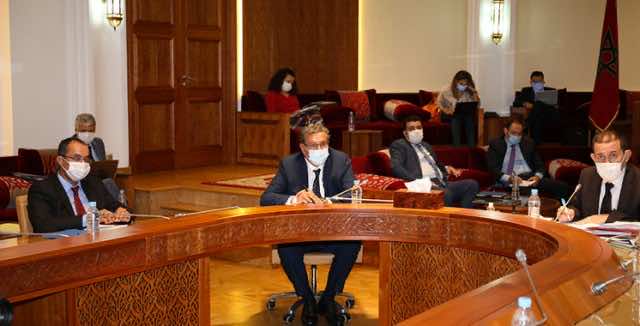 Rabat – The response of the National Office for Food Safety (ONSSA) to the concerns raised by the Court of Auditors on food safety in Morocco was positive, said Minister of Agriculture Aziz Akhannouch.

The Court of Auditors’ report, published in September 2019, revealed a shocking lack of food safety in Morocco and pointed fingers at ONSSA.

The office, affiliated to the Ministry of Agriculture, monitors food safety in Morocco and protects citizens’ health.

According to Akhannouch, ONSSA has responded favorably to the report and has taken many of its observations into consideration.

The minister made the statement before the Committee of Public Finance and Governance at the House of Representatives. The meeting took place on Tuesday, July 21.

“Important steps have been taken since the publication of the report until now,” Akhannouch said.

Responding to a question about the possibility of granting ONSSA autonomy vis-à-vis the ministry, Akhannouch said it is impossible.

“The establishment can in no casework without [the ministry’s] supervision, since the ministry takes responsibility for its accounts,” he explained.

ONSSA’s main mission revolves around agriculture and all of the office’s executives come from the agricultural sector, Akhannouch continued.

The Ministry of Agriculture helps the office resolve issues and intervenes to make ONSSA’s mission easier, he noted.

During the July 21 meeting, ONSSA Director Abdellah Janati responded to the concerns laid out in the Court of Auditors’ report on food safety in Morocco.

Janati said the establishment approves and controls 8,000 agricultural production units. He also revealed that ONSSA withdrew licenses from 30 production units that do not comply with sanitary measures.

The president of the committee, Driss Skali Adaoui, said the meeting is part of an annual program to discuss the Court of Auditors’ reports.

The meeting focused on the September 2019 report, said Skali, recalling that the document revealed ONSSA’s monitoring covers only 1% slaughterhouses, 8% poultry farms, and 20% agricultural crops in Morocco.

According to the MP, ONSSA’s financial resources are insufficient since there is only 0.1 veterinarian for every 100,000 Moroccans. The office also has one agricultural inspector per 500,000 capita.

The alarming numbers highlight the need for establishing a food safety system in Morocco and a clear public policy in this field, Skali added.

Finally, the parliamentary committee’s chairman called for an administrative reform within ONSSA. He invited the office to study the recommendations presented by the Economic, Social, and Environmental Council (CESE).

The Court of Auditors’ report on food safety raised serious concerns about food safety in Morocco at the time of publication. The court accused ONSSA of not generalizing the monitoring of food safety in local markets.

The report revealed that ONSSA’s monitoring system does not cover wholesale fruit and vegetable markets and traditional poultry slaughterhouses.

The document also unveiled discrepancies between the system that monitors products for exports and those for domestic consumption. While products for exports undergo a “strict control of agriculture pesticide residues,” products distributed in domestic markets are not subject to the same standards.

Finally, the report highlighted a lack of coordination between stakeholders involved in food control at ONSSA. According to the Court of Auditors, the loopholes facilitate the smuggling of foods of unknown origin into Morocco.