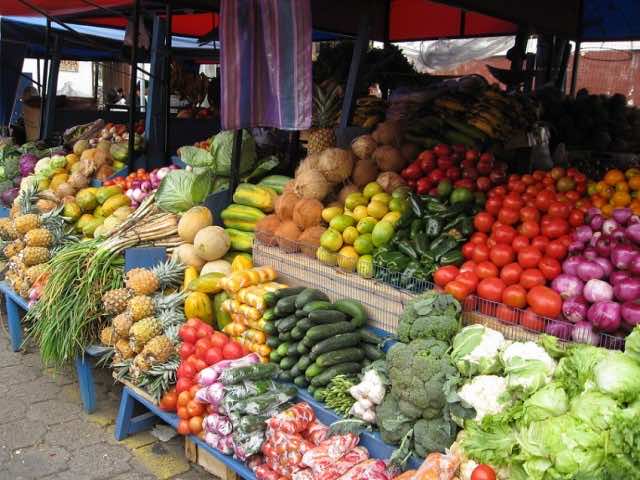 Rabat – More than half of Moroccan households have reduced their food consumption and expenses during the COVID-19 lockdown, according to a recent report from Morocco’s High Commission for Planning (HCP).

The report reveals that approximately 55% of Moroccan families reduced their food consumption and expenses, 30% maintained the same level, and more than 15% increased their expenses.

According to the report, Moroccans consumed significantly less red meat, fish, and fruit during the COVID-19 lockdown.

The reduction in white meat purchases was less dramatic, with 20.8% of Moroccan families consuming less of it. Vegetables (19.5%), flour and cereals (18.7%), and beans (16.4%) also witnessed a decrease in consumption during the lockdown.

According to the report, Moroccan families in rural areas, as well as the 20% most economically challenged households, decreased their food consumption and expenses the most.

One-quarter of Moroccans in rural areas (25.2%) stated they consumed less food, in contrast with 16.9% of Moroccan families in cities.

By socio-economic class, approximately 40.4% of Morocco’s 20% least fortunate households reduced their food consumption. On the other hand, only 15.5% of Morocco’s 20% wealthiest families claimed reducing their expenses.

More than one-quarter of Moroccan families (27%) consider the lack of financial resources as the main reason behind the decrease in food consumption and expenses.

For fish consumption, 5% of Moroccan households said supply was inadequate in local markets.

Meanwhile, 3% of Moroccan families claimed they reduced their fruit consumption due to an increase in prices.

Finally, 3% of Moroccan households justified their reduced purchases of beans as a deliberate choice.

The majority of Moroccan families that reduced their food consumption (82%) believe that the decrease will continue in the following months. One-quarter of the households (24%) said they are certain of their prediction, while 58% qualify their forecast as “probable.”

On the other hand, 6.5% of Moroccan families that reduced their food consumption during the lockdown think it will increase in the following months. The rate ranges from 5.8% in rural areas to 7% in Moroccan cities.

According to the study, private school fees and loans for consumption were the least honored obligations during the crisis.

Among Moroccan households with members enrolled in private schools (11% of total households), 34.5% were not able to pay school fees. Approximately 30.9% paid the fees with no issues and 14.2% found it challenging but managed to pay. Meanwhile, 20.4% of the households were able to negotiate paying lower fees.

For families that have a loan for consumption (9.2% of total), 28.5% were unable to make reimbursement payments and 17.9% reached a compromise with the loan institutions. Meanwhile, 37.6% respected the payment deadlines with no issues and 16% made the payments with difficulty.

On the other hand, housing loans were the most honored financial obligations during the lockdown. More than half Moroccans who took a housing loan (52.4%) were able to make reimbursement payments without facing issues.

Finally, the report revealed that Moroccan families negotiated rent payments and grocer loans more than any other financial obligations.