The appointment came one day after the departure of former ambassador Alex Geiger Soffia. 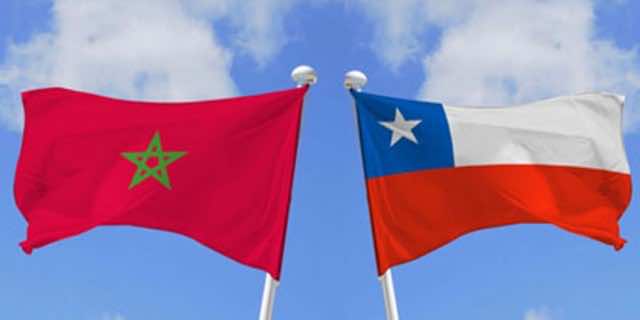 The Chilean Ministry of Foreign Affairs announced the appointment on Friday, July 24.

Puelma studied law and pedagogy in the fields of history and geography at the Pontifical Catholic University of Chile, in Santiago.

During his diplomatic career, Puelma has worked in the Chilean embassies and consulates of Costa Rica, Panama, El Salvador, Ecuador, Argentina, Brazil, Indonesia, and Switzerland.

In the MENA region, Puelma previously served as ambassador to Egypt, Syria, and Israel.

Chile’s new ambassador to Morocco has also represented his country in a series of international events, including the UN Conferences on the Law of the Sea, the UN Conference on Population and Development, and the World Summit on Counter-Terrorism.

Puelma took part in a series of forums as well, such as the World Tourism Organization, the Non-Aligned Movement, and the Asia-Pacific Economic Forum.

Locally, the diplomat worked in the directorates of special policy, South America, Africa and the Middle East, and planning at the Ministry of Foreign Affairs. He was also deputy director of the Asia-Pacific region and director of consular services.

Right before his appointment to Morocco, Puelma was working as a Minister Counselor at the Chilean Embassy in Brazil.

The new ambassador will replace Alex Geiger Soffia whose mission to Morocco ended on Thursday, July 23.

On the eve of his departure, Geiger Soffia paid Head of Government Saad Eddine El Othmani a courtesy visit. The departing ambassador has served in Morocco for five years, since 2015.

The visit was an opportunity to highlight the friendly relations linking Chile and Morocco.

“Our relations are historic and are developing thanks to mutual respect,” El Othmani said.

In 2021, Chile and Morocco are set to celebrate the 60th anniversary of their diplomatic ties, first established in 1961.

Chile opened its first permanent embassy in Morocco in 1977, while Rabat reciprocated the move in 1996. The South American country also has three honorary consulates in Tangier, Marrakech, and Casablanca.

Chile is considered one of Morocco’s most important partners in Latin America. Bilateral relations between the country further improved following the official visit of King Mohammed VI to Chile in December 2004.