Egypt cracks down on social media influencers, sparking debate over rights and the country’s national security.

Haneen Hossam, Mowada al-Adham, and three others whose names have not been released are among a number of Egyptians targeted by the government’s latest campaign against social media influencers.

The Cairo court prohibited press coverage and most of the defendants’ families from attending the hearing due to COVID-19 safety measures. Judges sentenced the influencers to two years in prison and a fine of EGP 300,000 (approximately $19,000).

“It is still a dangerous indicator,” she said. “Regardless of the divergent views on the content presented by the girls on TikTok, it still is not a reason for imprisonment.”

In April, authorities arrested Hossam for “inciting debauchery and human trafficking.” She had posted a three-minute video telling her 1.3 million followers they could receive monetary compensation for convincing others to promote her platform on social media network Likee.

Similarly, in May, authorities working for the General Department for the Protection of Moral Values arrested Adham for “inciting debauchery.” They based the charge on so-called indecent photo and video content she posted in 2019 and 2020.

Activists and human rights organizations have labeled Egypt’s cybercrime laws “vague” and “flawed,” as well as an attempt to “silence critical voices.”

Egypt’s strict monitoring of social media and internet use is not new. Officials draw on arbitrary laws, intended to protect the country’s national security, to authorize controversial control and digital surveillance that sometimes leads to the imprisonment of users.

“The charges of spreading debauchery or violating family values are very loose … and its definition is broad,” said Saeed.

Egypt’s judiciary uses “debauchery” and “immorality” charges against a range of offenses deemed “against Egyptian society’s traditions and morals.”

The recent wave of arrests come as the number of Egyptian TikTok users grow, especially during recent months under COVID-19 lockdown measures.

In an effort to censor information that may “harm or offend public morals, family sanctity, the traditions of society or otherwise promote debauchery,” the government monitors social media users with accounts that have more than 5,000 followers. They have particularly targeted women whose content is “too suggestive.”

Last month, Egyptian belly dancer Sama al-Masry received a three-year prison sentence over “inciting debauchery” in a TikTok dance video. Another female singer was detained in 2018 on the same charge after a video clip of her dancing went viral.

Those involved in the production of such videos and content have also been subject to arrest and similar charges.

Throughout July, Egyptian activists promoted a digital campaign calling on the government to release all women arrested on debauchery charges. The campaign used the hashtag بعد_اذن_الاسرة_المصرية (If Egyptian Families Permit…) on Twitter, Facebook, and within an anonymous petition to protest the charges.

Human rights lawyer Tarek al-Awadi previously told Agence France Presse that the influencers’ arrests are an example of how society is wrestling with the rise of modern communications technology. 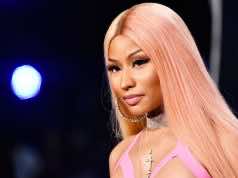 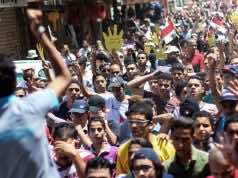 Libya militias out of control: Amnesty