King Mohammed VI delivered his Throne Day address to the nation on July 29 at 9 p.m.

Rabat – Morocco’s King Mohammed VI delivered his annual speech on the eve of the 21st anniversary of his accession to the throne, Wednesday, July 29.

It is an auspicious sign that the celebration of the anniversary of my accession to the throne should coincide this year with the holy festival of Eid Al-Adha – the symbol of sacrifice, loyalty and unwavering commitment to the right values and ideals.

It gives me great pleasure to extend my warm greetings to all Moroccans on these two glorious occasions, and to assure them, once again, of my solicitude and affection, which are growing by the day.

These bonds and reciprocal feelings, which have always existed between us, make us a single entity, whose parts support and cement each other, through good times and bad.

With that in mind, I want you to know that I care as much about the Moroccan citizens’ health and the safety of their family members as I do about my own children and my smaller family – even more so in the difficult times Morocco and the world are going through today as a result of the Covid-19 pandemic.

It is quite natural in such circumstances to experience fear and anxiety. And yet, what has sustained our hopes as much as our confidence are the important decisions and the crucial measures taken immediately after the first Covid-19 infections appeared in Morocco.

Those were difficult – and at times painful – decisions to make. They were not taken light-heartedly. In fact, we had to resort to those measures for the sake of the safety of our citizens and in the interest of our nation.

I should like, in this regard, to express my thanks and appreciation to the various government authorities concerned for carrying out their duties competently to curb the spread of the epidemic.

I wish to mention, in particular, the civilian and military medical and paramedical staff, the Royal Armed Forces, the Royal Gendarmerie, the local government authorities, the National Security Forces, the Auxiliary Forces, the Emergency Services, the workers involved in food production and distribution as well as all the other frontline workers.

The sense of discipline, the level of awareness and the responsiveness shown by the citizens and by all the nation’s forces during this past period are, indeed, a source of pride. Everyone has fulfilled their obligations diligently and responsibly.

In this regard, I wish to salute the spirit of solidarity and responsibility shown by the citizens – be it at the individual level, or as part of the praiseworthy initiatives carried out by civil society organizations during the lockdown.

We have been witness to unforgettable scenes of mutual assistance and volunteer work involving neighbors, for the benefit of the elderly and needy families, such as food distribution, support initiatives and counseling.

There have also been moving, heartwarming displays of great patriotism, particularly the singing of the national anthem out of windows, and the exchange of cordial greetings between the citizens and police forces.

I am aware of the magnitude of the adverse effects this crisis has had, not just on public health, but also at social and economic levels.

It has affected all productive sectors. Family incomes and the state budget have also been severely impacted.

I therefore called for the creation of a special fund to address the health situation as well as the economic and social repercussions of the epidemic. I am heartened to see that this initiative has been spontaneously embraced and that it continues to be actively supported.

The initiative has made it possible to raise 33.7 billion dirhams. Total expenditure, so far, stands at 24.65 billion dirhams, an amount spent on social support initiatives and on the medical supplies needed.

Furthermore, 5 billion dirhams will be allocated to the Central Guarantee Fund to boost the economy.

I have also instructed the Government to support the sectors affected by the pandemic, safeguard jobs and preserve the spending power of families who have lost their source of livelihood.

However, I must say, in all frankness, that the repercussions of this health crisis will be harsh, notwithstanding our efforts to reduce its impacts.

I therefore urge everyone to remain mobilized and vigilant, to promote solidarity and to comply with safety measures. I also call for the adoption of a plan to make sure we are prepared and ready to face – God forbid – a second wave of the epidemic, especially in view of the laxness noted recently.

Our action is not limited to simply facing up to the current epidemic. We also aim to address its social and economic effects by building on a comprehensive, future-oriented approach and by drawing lessons from this experience.

Even though this crisis has shown that social bonds in our country are solid, and that solidarity between Moroccans is a fact of life, it has also revealed a number of shortcomings, especially in the social field.

Among them are the size of the informal sector, the inadequacy of social safety nets – especially for the most vulnerable groups – and the exposure of a number of sectors to external fluctuations.

Consequently, we should seize the opportunity of the current situation to reconsider our priorities and to lay the foundations for a strong, competitive economy and for a more inclusive social model.

In this regard, I invite the Government and the various actors concerned to focus on the challenges and the priorities imposed by the present circumstances.

We need, first, to launch an ambitious economic stimulus plan to enable our productive sectors to recover and to increase their ability to provide jobs and preserve sources of income.

This means we must mobilize all available resources, offer incentives and come up with solidarity measures to support businesses, especially small and medium-sized enterprises, which are the backbone of our economy.

In this regard, some 120 billion dirhams will be injected into the national economy, representing 11% of our GDP – a proportion that will place Morocco at the forefront of the most enterprising countries in terms of post-crisis stimulus packages.

I have also decided that a strategic investment fund should be set up to stimulate productive activities and support major public-private investment projects in various sectors.

The State will contribute to this fund, which will be in charge of the streamlining and coordination of other funds.

To ensure the success of this plan, I call on the Government and on economic and social actors to be effectively engaged in this endeavor, and to show a sense of responsibility as we implement a constructive national contract that should be commensurate with current challenges and live up to the expectations of the Moroccan people.

Similarly, a sweeping reform of the civil service should be expedited, and the structural deficiencies of public institutions and state enterprises should be addressed to achieve optimal integration and increase these institutions’ economic and social effectiveness.

To this end, I call for the creation of a national agency to be tasked with ensuring the strategic management of state contributions and assessing the performance of public institutions.

The projects and initiatives launched and the reforms introduced aim to accomplish one goal, which is to promote development and achieve social justice and inter-regional cohesion.

One of the foremost objectives, in this respect, is the provision of social protection for all Moroccans. This will remain my chief concern until all segments of society are properly covered.

In my State of the Nation Address in 2018, I called for speeding up the review of our social protection system, which suffers from scattered services and inadequate coverage and is only moderately effective.

I therefore believe the time has come to launch a decisive process for the expansion of social welfare coverage to all Moroccans within the next five years.

This project needs to be implemented gradually, as of January 2021, using a well thought-out plan, starting with compulsory health coverage and family allowances, then moving on to pension and unemployment benefits.

Such a plan requires tangible reform of current social protection systems and programs in order to increase their direct impact on beneficiaries, especially through the rolling-out of the national social register.

Universal access to social protection coverage should serve as a lever for the integration of the informal sector into the nation’s economic fabric.

Therefore, I call on the Government to complete the development, together with the social actors concerned, of a comprehensive, practical approach that includes the timetable, legal framework and financing options needed to achieve effective universal social protection.

To attain this goal, we must uphold good governance, which is based on constructive social dialogue and on the principles of integrity, transparency and fairness, and see to it that any perversion or exploitation of this lofty social project for political gain is avoided.

The next phase will require concerted efforts on the part of all Moroccans in order to rise to challenges.

I should like, at this stage, to address all the nation’s stakeholders, without exception. I appeal to their sense of patriotism and responsibility, both individually and collectively, and call upon them to be actively involved in the national endeavors to handle the current situation efficiently and tackle its economic and social repercussions.

We should ensure that the gains made recently, during this short period, mark a turning point that allows us to build on the strengths shown by Moroccans, speed up the reforms required by the present situation and make the most of the opportunities on hand.

We would thus link the past to the present, live up to our ancestors’ ideals and remember, with all due reverence, Morocco’s towering figures, chief among whom are my revered grandfather, His Majesty King Mohammed V, and my venerable father, His Majesty King Hassan II – may they rest in peace – as well as all the nation’s valiant martyrs.

I should like to take this opportunity to praise, once again, our Royal Armed Forces as well as all the nation’s security forces for being constantly mobilized, under my leadership, to defend our country’s unity and safeguard its security and stability.

Almighty God says: “Allah puts no burden on any person beyond what He has given him. After a difficulty, Allah will soon grant relief.” True is the Word of God. 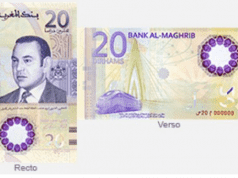