The woman poured a bottle containing a substance “suspected of being flammable” on her body.

Rabat – Moroccan police opened an investigation on Sunday morning after a 37-year-old woman attempted to set herself on fire in a reception room at the Marrakech-Menara Airport.

Elements of Morocco’s General Directorate of National Security (DGSN) intervened to stop the woman after she poured a bottle containing a “substance suspected of being flammable on her body.”

DGSN believes her motive was “related to the delay of her domestic flight.” A judicial investigation is ongoing to determine the circumstances of the case.

Such an incident is unprecedented in Morocco’s airports and comes amid the coronavirus crisis.

Morocco relaunched domestic flights on June 25. Exceptional international flights for Moroccan citizens, foreign residents, and their families have also been operational since July 15.

However, travel to and from Marrakech is currently suspended due to the increase in the number of COVID-19 cases in the city. Some flights departing from or arriving at the Marrakech-Menara Airport have therefore been delayed.

The Marrakech-Safi region has recorded a total of 3,717 cases since the outbreak of the pandemic in Morocco.

The number of patients receiving treatment currently stands at 6,688. 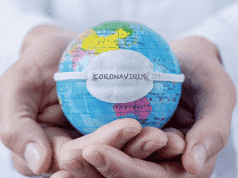 Coronavirus Recession Takes Hold of US, France, and Spain