Bouchra Hajij is currently serving her second term as president of the Royal Moroccan Volleyball Federation. The Royal Moroccan Volleyball Federation released a statement on Thursday announcing that it had received an official letter from the ANOCA, declaring the appointment. Bouchra Hajij will serve as a member of the Olympic committee, representing the African continent, according to Morocco’s state media.

The letter from ANOCA commended Ms. Hajij for her athletic ability, sports management, and promotion of women in sport.

Hajij started volleyball at the age of eight, she said in a recent interview. She first played on the CODM team, “where I climbed the ladder, from the minor category to the seniors.”

Hajij played for three more Rabat clubs: FAR, FUS, and Crédit Agricole. She also represented Morocco on the national team from 1984 to 2002.

After achieving her baccalaureate, Hajij earned a DES in Sports Management from the Royal Institute for the Training of Youth and Sport Executives. She went on to gain a master’s degree in marketing and communication at ISCAE. Currently, she is manager of the HR department of Bank Al-Maghrib.

The Moroccan volleyball champ has been busting through glass ceilings her entire career. She is an outspoken advocate for women’s leadership and gender equality, especially in sports.

In October of 2016, Hajij became the first African woman elected as a Board of Administration member for the International Federation of Volleyball.

Hajij joined the Royal Moroccan Volleyball Federation as a federal member in 2012. She was elected the first female president of the federation in 2015, and is now serving her second term.

Bouchra Hajij was recently re-elected to the International Olympic Committee as a member of the Committee on Culture and Olympic Heritage. Additionally, she chairs the Committee on the Development of Women’s Sport in the Arab World. 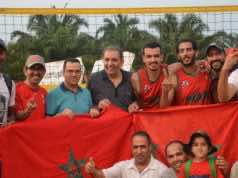 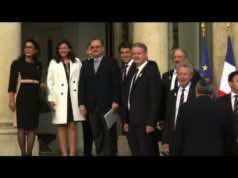 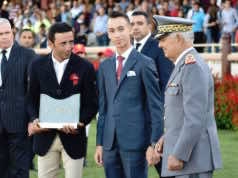