When accessing public or private services on the internet using the new ID cards, Moroccans can be assured that no malicious actors can extract and exploit their identification information.

Rabat – Morocco‘s government council adopted on August 13 decree 2.20.521, ushering in a new generation of National Electronic Identity Cards (CNIE). Morocco’s General Directorate of National Security (DGSN) has said that the new ID cards are easier to use and more secure for citizens.

The new generation of ID cards has advanced standards to fight against fraud and identity theft. The cards integrate new functionalities in line with Morocco’s outlook for digital development.

In the ad, the DGSN said the cards support digitalization and facilitate citizens’ access to services. Morocco’s new ID cards are equipped with security elements that prevent its falsification. They also allow citizens to prove their identity quickly and securely to public and private bodies.

When accessing public or private services on the internet, citizens have the assurance that no malicious actors can extract and exploit their identification information.

Morocco’s new ID cards will also help citizens avoid errors while entering personal data. The ad explains that the cards have a PIN code specific to each citizen, who receives the code with their card’s delivery.

Although possessing an ID card becomes compulsory at age 16, minors may also receive an ID card at the request of their legal representative, the DGSN ad explained.

The list of required documents citizens must present in order to receive a card remains unchanged, but the Moroccan government is speeding up the procedure for obtaining the new card.

On the website www.cnie.ma, citizens can fill out a pre-application and make an appointment to obtain their card.

Morocco’s Minister of the Interior, Abdelouafi Laftit, introduced the bill on the new ID cards on June 17. Decree 2.20.521 entered into force on August 13.

The DGSN ad emphasized that Moroccan ID cards issued before August 13 will remain valid until the end of their validity dates, or when there is a change in the data they contain. 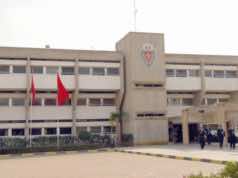 New IDs Generation to be Launched in 2019