Rabat – Mauritania’s former President Mohamed Ould Abdel Aziz, the subject of a police investigation linked to corruption, was subject to interrogation on Monday.

The interrogation of Ould Abdel Aziz took place at the headquarters of Mauritania’s General Directorate of National Security (DGSN) in Nouakchott, said a statement from the politician’s council.

The former president appeared in several local reports, in particular in cases of alleged misappropriation of public property. Ould Abdel Aziz, however, preferred not to react to the allegations.

The politician’s lawyer, Takioullah Eidda, said he was not allowed to assist his client during the investigations.

“Urgent! As a lawyer, I am prevented from assisting my client, His Excellency Mr. Mohamed Abdelaziz, during the police investigation which he is currently subject to,” Eidda wrote on Facebook.

The corruption investigations of the former president, an unprecedented event in the history of Mauritania, come after a parliamentary committee shed light on several suspected practices.

Earlier this month, the parliamentary committee sent a report to Mauritania’s judicial services after it conducted an investigation into the former president’s corruption allegations.

Ould Abdel Aziz’s alleged corrupt practices include the mismanagement of oil revenues, the selling of state-owned real estate, and the liquidation of a public company.

The parliamentary committee summoned Ould Abdel Aziz for a meeting in early July, but the former president ignored the summons.

The committee then voted, at the end of July, to fill accusations of “high treason” to Mauritania’s High Court of Justice. The accusations target the former president, as well as some of his ministers.

After the parliamentary committee came to its conclusions regarding the corruption investigation, Mauritania’s current President, Mohamed Ould Ghazouani, immediately proceeded with a government reshuffle.

Ould Ghazouani dismissed four ministers, including the Head of Government Ismail Ould Bedde Ould Cheikh Sidiya, to “give them the time they need to prove their innocence.”

Mohamed Ould Abdel Aziz served as Mauritania’s president between 2009 and 2019 after he successfully led a coup d’etat in 2008.

The current president, Mohamed Ould Ghazouani, assumed office in August 2019 after winning the presidential election. Prior to his election, Ould Ghazouani served as General Director of National Security, Chief of Staff of the Armed Forces of Mauritania, and Defense Minister. 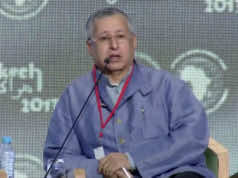 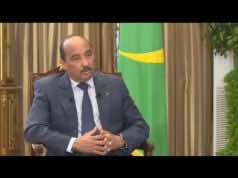 Relations With Morocco ‘Not as Bad as Claimed’: Mauritanian President 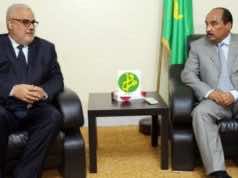