Hooliganism is one of the major problems in Morocco, especially among young football fans.

Rabat – Police officers in Sale, near Morocco’s capital Rabat, arrested seven individuals, including six minors, for alleged acts of hooliganism, including fighting and assault on property.

The suspects, allegedly members of two rival local football fan associations, known as Ultras, are aged between 14 and 17.

According to a statement from Morocco’s General Directorate of National Security (DGSN), the group entered into a conflict that quickly escalated to violence on August 19. The suspects allegedly threw stones at each other, causing a parked car’s windshield to break.

Security services quickly intervened to apprehend the teenagers and confiscated a knife in the possession of one of them, DGSN’s statement said.

Police officers put the six minor suspects under surveillance, while they took the 17-year-old adult suspect into custody pending investigations.

Investigations are ongoing to identify and arrest any other suspects involved in the incident, DGSN concluded.

According to Morocco’s penal code, the adult suspect could face between one month and one year in prison for the exchange of violence, as well as a three-month to one-year sentence for causing damage to property.

The phenomenon of hooliganism is a major problem among Morocco’s youth, especially in cities where football clubs have very large fanbases.

In recent years, several clashes between rival Ultras caused injuries and claimed lives, in addition to damage to public and private property.

In 2016, the Moroccan Royal Football Federation (FRMF) held a series of meetings about hooliganism with representatives from Morocco’s Ministry of the Interior, the Ministry of Youth and Sports, and the Ministry of Justice.

The meetings came following acts of violence between the Green Boys and the Ultras Eagles, two Ultras that support Raja Casablanca. The clash, which took place on March 19, 2016, at the Mohammed V Stadium in Casablanca, resulted in the death of three young fans.

In response to the recurring acts of violence, the Ministry of the Interior decided to ban all Ultras activities in the country.

The interministerial meetings have also led to the adoption of Law 09-09 relating to acts of violence during sporting events. The law introduced severe punishments to acts of hooliganism in Morocco.

However, despite the attempts to put an end to violence between football fans, the phenomenon continues to exist. 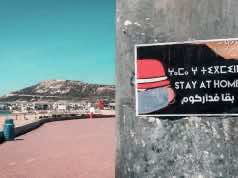