In Rabat’s art-deco Cafe Renaissance an old acquaintance, Montacir Laouina, talks with me about Morocco through architecture, photography, and his attempt to navigate one using the other.

For Montacir the two are not mutually exclusive. One helps you understand the other, and vice versa.

When once asked about the function of a wall in architecture school, he responded, “to host the shadow of a tree.”

One quick glance at Montacir’s work from across Morocco, and it’s easy to see the role shadows, lines, and architecture at play in his photography.

Montacir is in his sixth and final year of his architecture degree from the National School of Architecture in Rabat. He has used photography to explore the world around him, particularly various aspects of Morocco’s architecture, for roughly the same amount of time.

When I ask how he got started in photography, Montacir tells me it was simply a matter of filling an unmet need. Being active in the volunteerism community, he found there was often a need for photographers at events or gatherings. He grabbed his camera and stepped up to fill the role.

His love for photography developed as he was strolling through Morocco’s fabled old medina of Fez, admiring the surrounding architecture.

This is why he returns to the same location, building, street, etc. He’s observing the light and capturing the shadows in an attempt to “exhaust a place and space.”

A single photo can tell a story, he explains to me, but a series of the same composition can give way to a hidden or deeper meaning. It gives the photography a conceptual idea.

The scale of the city is changing, Montacir points out. It is no longer walkable. As cities become large and larger, do we lose the details? When you see a whole building, you have an overall idea of it. However, a photo allows you to take in the small details.

His passion for expressing the relation between architecture and photography came to a forefront in the winding streets of the Fez medina, where you can see the way Morocco’s light changes throughout the day.

“We think of light as being white, but it isn’t. It changes with the seasons. A photo in March won’t be like a photo in September,” he adds, even if it’s the same exact composition.

It was in those narrow alleys he saw the dramatic role shadows play in his observation of the world around him.

“Whenever I walk with my friends now, they tell me the shadow on a certain building will interest me,’” he muses. “Once we visit the building, I tell them about the function of a wall and they are usually moved by it. The calm and silence solicited by the scenography of shadows and light becomes aware of itself and naturally inclined towards a meditative time.”

In his work “In praise of Shadow,” Montacir notes that Tanizaki “raises the question of the shadow as a major element of the aesthetic quest, criticizing modern society saturated with shiny objects. The more we gain in transparency, the more we lose in depth.”

Montacir’s inspiration is the Portuguese poet Fernando Pessoa. One quote in particular speaks to him: “Know how to present one’s work in such a way that it is not introduced as the lie of theory but rather the truth of a metaphor.”

Pessoa’s book, “The Book of Disquiet,” is more of a non-book, according to Montacir. It doesn’t follow a traditional path. Nor does it have a specific message.

The poet is simply “sharing his way of perceiving space, religions, philosophy, symbols.” To me, it feels that this is how Montacir expresses himself, and Morocco, through architecture and photography.

I ask Montacir if a picture tells a story, if he thinks his photography tells stories.

We launch into a lengthy discussion about social media. Photos inundate us on a daily basis. We mindlessly scroll through various newsfeeds absorbing dozens of images. He finds it ironic that social media outlets call them our “stories,” because in a way they are.

However, he does not feel that a photo necessarily has to tell a story. A photograph, he says, “exhibits concepts, it tells the metaphors and metamorphoses so that it can raise and stimulate human consciousness and modify perception.”

People don’t really live the lives they are portraying on social media. “We exhibit our lives like we live in a movie or an ad,” he critiques.  But is that really reflective of our true stories?

In contrast to social media, he says that “hanging photos on the wall gives them value. Putting lights on them to make people aware of the importance, without being abstract.”

Montacir’s number one critique of photography in Morocco, even when it comes to architecture, is how it often serves a sort of auto exotism, also known as Orientalism.

Take the photo above as an example. He says this is exactly the type of photo that would call to an Orientalist.

“I would expect people to love these types of women. However, it’s everything I would hate about this type of photo. It’s so Orientalist because she is a Spanish woman, in a Muslim scarf, posing in the iconic Majorelle Gardens in Marrakech.”

The problem with this, he points out, is that it follows the logic of consumption. A country wants to attract tourists. This is especially true when tourism comprises a high percentage of the GDP, as it does in Morocco.

Locals want to create an image to sell to outsiders. They want to paint a picture and create a welcoming sense of “depaysement”—for the visitor a sense that they are no longer home. At the same time the country must “adhere to the image the outside puts onto the country” to meet their expectations.

The problem comes when the country or locals begin to take on that identity as their own, replacing identity that once was. “You do it for fun, at first, but then it becomes your identity.”

This problem is prevalent in Morocco, but isn’t unique to the country, Montacir assures me.

The postcard, he argues, is one of the worst offenders of Orientalism. We want to capture an image of a place we’ve visited and send it to our families or friends back home. But capturing an entire culture, an entire people, or an entire experience in one quick photo is easier said than done.

This expands into the greater realm of photography and art.

“We present expected themes to the exterior viewer, and this presentation is what shapes back our perception of authenticity, identity, and heritage and inevitably in architecture.

Montacir says he can hold himself accountable for avoiding Orientalist themes in his photography by limiting ”binary dichotomic representations of everything: Modernity vs tradition, poor vs rich, etc. Those entities co-exist and that is what creates the image of the city, of the culture.”

Excluding people and silhouettes from his photos highlights what might seem in other photography as “background or artificial scenography where the instant and its invention are dissociated,” he adds.

“It is not a quest for photography transparency but honesty. On the other hand, it is an attempt to deconstruct the postcard photography of architecture that generally conveys an ideal of the city through the monuments, giving it a brand image. I am not interested in that more than I am interested in the spirit of the space.”

As we wrap up our discussion about Morocco’s future and his passions, Montacir tells me, “Photography for me is a medium of thought, a tool for architecture and urban design. That’s why I think that we should not only trust the image but also the viewer.”

He tells me he compared his spatial experience in the city with a poem composed of three interchangeable lines:

Astonishment in front of the world

When you go somewhere, you know it’s just an ordinary scene that you can always see. In that one second, you’re not really aware of the importance.

Sometimes, however, you know it is something specific, monumental. You encountered this space or saw it in a specific moment of the day when the light enhanced it, making it feel remarkable.

There is nothing really specific about this place exactly because we can do that to every single moment, place, or person we encounter.

“It’s about how we see it and perceive it. We must be aware that every scene of daily life is just daily life, but then realize how amazing it can be as well. It’s up to you to make this theatrical representation of reality.” 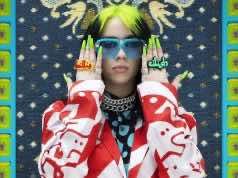 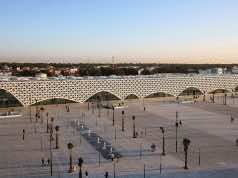