Rohaldiho and his brother, Roberto de Assis Moreira, were arrested in March for alleged possession and use of false Paraguayan passports.

Ronaldinho is a world-renowned soccer star, rising to fame at an early age. He was part of the 2002 Brazil World Cup Champion team, helping Brazil secure their fifth victory.

He is most notably a former star of Barcelona, where he won the Champions League and two La Liga titles. He also played for Milan and Paris Saint-Germain, among other clubs.

Although his professional career ended in 2015, fans still regard Ronaldinho as a skilled footballer because of his distinguished techniques and style of play.

Paraguay arrested Rohaldinho and his brother, Roberto de Assis Moreira, in March for alleged possession and use of false Paraguayan passports.

The World Cup winner and his brother spent one month in a high-security jail in Paraguay after security services apprehended them.

After Ronaldinho and his brother paid bail, they moved to serve house arrest at a luxury hotel in the capital, Asuncion, while police completed their investigation.

The two brothers traveled to Paraguay after an invitation by a local foundation to promote a campaign for underprivileged children.

Ronaldinho was supposedly there to present his autobiography, support a school for poor children, and inaugurate a casino.

“The precautionary measure of arrest is lifted, there are no more restrictions placed by Paraguayan justice,” Judge Gustavo Amarilla told the court on Monday.

Ronaldinho and his brother have now been released from house arrest, although they must pay a combined $200,000 fine.

Both men have maintained their innocence. The prominent footballer and his brother, who is also his manager, said they received the Paraguayan passports upon arriving in Asuncion and thought it was a courtesy gesture.

Prosecutors did not think Rohaldinho played any role in obtaining the false passports. However, they believed his brother knew they were fake.

Defense attorneys Tarek Tuma and Alcides Caceres said their clients will be able to return to Brazil immediately and plan to establish residence in Rio de Janeiro. 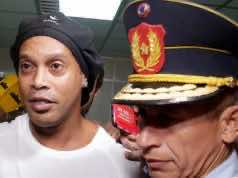 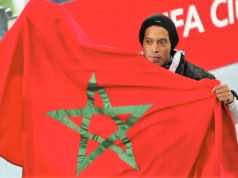 Ronaldinho to Participate in Tangier Gala Match in February

I will never forget Moroccans’ affection towards me: Ronaldinho