Farmers in the Beni Mellal-Khenifra region consider aquaculture to be one of the most beneficial sectors for combating eutrophication in local water reservoirs.

Rabat – The Beni Mellal-Khenifra region, in central Morocco, is reaping the benefits of a flourishing fishing farming sector as traditional agriculture suffers the effects of drought.

The region is on its way towards becoming a Moroccan aquaculture hub that will improve the production of fish products in the region, Morocco’s state media reported.

Asian carp raised on fish farms consume harmful plants in water that is used to irrigate fields. By fighting the eutrophication of irrigation water, fish farming is helping to ensure a better quality of water for irrigation and to fight against the proliferation of macrophytes in irrigation canals.

Farmers in the Beni Mellal-Khenifra region consider fish farming to be one of the most beneficial sectors for cleaning dams and water reservoirs, the source explained. The practice supports local irrigation systems and delivers better water for livestock.

Deploying Asian carp in the fight against harmful plants

The Asmak Nile Company of Beni Mellal is one of the most active companies in the production of Asian carp in the region.

With 25 total breeding ponds, the company annually produces 60 tons of tilapia for human consumption and 2 million Asian carp to clean the irrigation basins.

The technical director of Asmak Nile, Rabii Souilem, explained to Morocco’s state media that the company produces Asian carp for the purpose of cleaning the reservoirs of dams. Clean reservoirs not only improve water quality for irrigation but also nurture the production of tilapia.

Souilem added that fish farming, particularly that of tilapia, benefits the population of Beni Mellal as the fish is rich in vitamin B, vitamin D, selenium, and phosphorus.

Aquaculture in Morocco dates back to 1956 when a French oyster farmer created the first oyster park in Oualidia, 176 kilometers from Casablanca. Since then, Morocco has invested increasingly in its aquaculture sector.

On February 7, 2020, King Mohammed VI inaugurated a new fishing dock in Imourane, near Agadir. A similar project also benefited the town of Gourizim, near Tiznit in the Souss-Massa region. The region currently has 24 aquaculture projects in development, notably shellfish farming in Imi Ouaddar, Imsouane, and Tifnit, and with seaweed farming in Sidi Rbat.

In May, the Netherlands and Norway contributed $2.5 million to an aquaculture project Morocco launched on April 30 to promote the country’s fish farming industry.

A land-locked region, Beni Mellal-Khenifra is one of the few fish farming hubs not along Morocco’s coast. The geographic location of the region, however, makes a flourishing aquaculture sector particularly important. As Morocco suffers drought and low dam filling rates, it is crucial to ensure that irrigation canals bring fresh, clean water to crop fields. 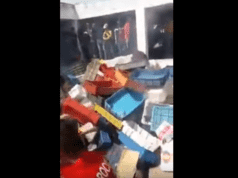 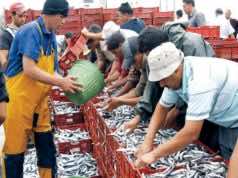