A growing number of countries across the world are expressing support for Morocco’s cause in Western Sahara.

Rabat – South Sudan reiterated on Tuesday its support for Morocco’s position and sovereignty over Western Sahara.

The new ambassador of the Republic of South Sudan, Reik Puok Riek, said that the country has “clearly” expressed its position regarding the Western Sahara issue.

The diplomat made his statement after he presented copies of his credentials to Morocco’s Minister of Foreign Affairs, Nasser Bourita.

Both Bourita and the Sudanese diplomat expressed willingness to strengthen relations between the two countries in favor of the “interests of the two brotherly peoples.”

This is not the first time South Sudan has expressed support for Morocco’s cause in Western Sahara. Throughout the years, the country has backed Morocco’s Autonomy Plan as a credible solution to the dispute.

The country has also denied all reports linking the South Sudanese regime to the separatist Polisario Front.

During the visit, the two countries signed nine agreements and Memoranda of Understanding (MOUs) in different fields, including in the areas of agriculture, industry, and food security. 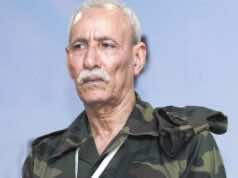