"This exceptional operation must be duplicated for the benefit of other dams in Morocco and in other African countries."

Rabat – Morocco has completed the perforation of the Al Massira dam, with the aim of improving the drinking water supply for residents of Marrakech.

The African Development Bank (AfDB) and Morocco’s National Office for Electricity and Drinking Water (ONEE) described the feat as a breakthrough and the first of its kind in Africa.

Located in the Marrakech-Safi region, the Al Massira dam is the second-largest in Morocco, holding more than 2.6 billion cubic meters of water.

With the dam being more than 120 kilometers from Marrakech, the flow of water to the treatment stations in the ochre city is an accomplishment of which AfBD and ONEE are extremely proud.

Marrakech requires, on average, 2.5 cubic meters of water per second. Until the perforation, there was no way to transport water from the Al Massira reservoir to the bustling city. The objective of the dam perforation project was to secure the long-term supply of drinking water for Marrakech.

“During the last decades, the important urban and tourist development of the city generated an increasingly growing demand for water. The stakes are high: securing access to water in a region where this strategic resource will become increasingly scarce in the future,” AfBD explained in a press release.

The Al Massira dam is now providing seven cubic meters of water per second to Marrakech. The €150 million project is set to benefit some two million residents of the ochre city and provide the population with sufficient drinking water for the next 30 years.

“It’s a real feat to break through a dam while it is still giving water. Imagine the difficulty of the maneuver! It is a success for the Bank and for ONEE,” said the Director-General of the AfDB for North Africa, Mohamed El Azizi, in the press release.

“This technical solution, which has proven itself, can now be generalized,” he continued.

“This exceptional operation must be duplicated for the benefit of other dams in Morocco and in other African countries. It is our role as a development bank to do so so that millions of Africans on the continent can benefit from it,” Azizi underlined.

AfDB has worked with Morocco since the 1970s, developing a strategic partnership with the country’s water sector.

“For about fifty years, we have been working hand in hand with ONEE. More than fifteen million Moroccans, in about thirty cities across the Kingdom, have benefited from these water and sanitation projects,” said Leila Farah Mokaddem, Morocco’s representative at AfDB.

The Director-General of ONEE, Abderrahim El Hafidi, welcomed the Al Massira dam perforation as another example of AfDB and Morocco’s fruitful cooperation in the field of water.

Celebrating the success at Al Massira dam, AfDB underlined that “without water, nothing is possible.”

“By contributing, through the supply of drinking water, to improving the quality of life of the populations in Morocco, the African Development Bank is building the conditions for sustainable and inclusive development.” 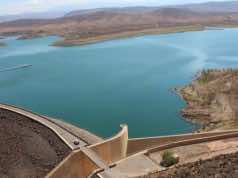