Ashura is a day of sorrow for some Muslims and a day of celebration for others.

Muslims all across the world observe the holy day of Ashura with practices and rituals based on history and religion. They unitedly believe that Ashura is one of the most sacred days of the Islamic year. However, between the two biggest sects of Islam, the Shia and the Sunnis, the commemoration of this day can differ greatly.

Ashura day falls on the 10th of Muharram, the first month of the Islamic lunar calendar. Its name derives from the number 10 in Arabic, “ashara.”

Muharram is a significant month for all Muslims. It is when the prophet Muhammad and his followers escaped persecution in Mecca and migrated to Medina. The migration was called Hijra, and later came to mark the start of the Islamic lunar calendar’s year, called Hijri. Muharram became the first month of the Islamic year.

It is a time of new beginnings with pure intentions and a clear conscience. Muslims are encouraged to fast, meditate, donate to the poor, and avoid negative or any unlawful behaviors.

For some Muslims, Ashura is an occasion of celebration and joy, while for others its history prompts sorrow and reflection.

Shia Muslims commemorate the day by mourning the death of Prophet Muhammad’s favorite grandson, Hussain, in the Battle of Karbala. Sunni Muslims celebrate the day by fasting and visiting the deceased for prayers.

Read also: 30 Facts About Prophet Muhammad, Peace Be Upon Him

Sunni Islam comprises a total of 80-90% of the worldwide Muslim population. The rift between Sunni Muslims and Shia Muslims arose after the Islamic community’s disagreement on who should lead after the death of the prophet.

Sunnis believed that Muhammad’s father-in-law and most trusted companion, Abu Bakr, should be the caliph. The prophet, when ill, assigned him to the role of Imam. However, Shia Muslims believed that Muhammad elected his son-in-law, Ali ibn Abi Talib, as his successor. The tension between the two sects has continued through Islamic history to today.

Sunni Muslims fast the day before and the day of Ashura, the ninth and tenth days of Muharram, to follow the example of Prophet Muhammad.

When Muhammad learned about the Jewish practice on this day, and how they fast to thank God for parting the Red Sea for Moses and his followers, he believed that as a prophet he was more connected to Moses. Muhammad commanded his followers to fast on the 10th of Muharram as well as the ninth, to distinguish them from the Jewish community.

The prophet later made an adjustment to the Islamic calendar, after he received the revelation of the Quran. At this point in history, fasting during Ramadan became obligatory and fasting on Ashura became optional.

In Sunni-majority countries, such as Morocco, Muslims observe Ashura with special cultural rituals, though some traditions have stronger roots in history than others. Moroccans give zakat (donations) on the holy day and buy toys for children and nuts and seeds to share with family. They cook traditional Moroccan food and sprinkle each other with water, an ancient ritual of Moroccan Jews who believed water was sacred and promoted good health and prosperity.

Besides enjoying their new toys and clothes, children also go from house to house in the evening and ask for nuts, sugar, or money in a tradition called “Hak baba Ashur.”

Read also: Ashura in Morocco: a Cultural Experience of Food, Fire, and Water

In the Shia context, Ashura is a day of sorrow and reflection deeply rooted in religious history. It is a day of mourning the death of Hussain Ibn Ali, a grandson of the prophet Mohammed by his daughter Fatimah and son-in-law Ali. Today, Shia comprise approximately 15% of the global Muslim population.

After the death of the prophet Muhammed, some in the Islamic community — namely Shia — took Muhammad’s cousin and son-in-law Ali as a caliph, or leader, in AD 656. However, he was murdered in AD 661, and his chief opponent Muawiya became caliph.

After Caliph Muawiya passed leadership to his son Yazid, Ali’s son, Hussain, refused to give his allegiance. He believed Yazid’s rule was unjust, did not abide by the Quran, and that he did not follow the prophet’s example.

After his refusal, Caliph Yazid and his army of thousands massacred Hussain, his family, and his followers in a battle at Karbala, in modern day Iraq. It is said that Yazid’s army burned Hussain’s family and supporters, including women and children, in their villages.

This religious history became an important factor in the rise of the Shia sect and their Ashura practices. On the holy day, they remember the betrayal of Yazid, mourning the death of Hussain and the injustice, struggle, and tyranny he, his family, and other Muslims faced.

Shia men and women wear black on Ashura and parade through the street, hitting their chest and chanting or crying. Some Shia men whip themselves with chains or cut their foreheads until they bleed, in order to relieve the suffering of Hussain.

Today, some Shia leaders, notably many in Iran and Lebanon, advise against some of these practices because they display a negative image of Islam, and encourage people to donate blood instead.

Ashura and other religions

Muslims also celebrate Ashura in commemoration of the arrival of Noah’s Ark to Mount Judi, also known as Mount Cudi or Qardu in Turkey. Muslims believe that God saved the prophet Noah, along with his family and companions, on the tenth of Muharram.

Ashura is a day that not only Muslims celebrate, but Jews as well. According to Muslims, when the prophet Muhammad immigrated from Mecca to Medina, he saw the Jews fasting and asked for the reason. They replied that it was an important day for them because it is the day when God saved Moses and Ibn Israel (the children of Israel) from the evil pharaoh and his army. Moses fasted on the day when God parted the Red Sea.

Yom Kippur is now a Jewish holiday, marking the Day of Atonement on the 10th day of Tisri in the Jewish calendar. Although events coincide in history, the Islamic calendar differs from the Jewish one because it is based on the lunar year, meaning Ashura and Yom Kippur can occur on different days from one year to the next.

Muslims also believe that the crucifixion of Jesus and the ascension of his soul to heaven occured on Ashura, the tenth day of Muharram. Similar to the bloody event of Hussain and his family’s murder by Yazid’s powerful army, Christians relate to Muslims’ mourning with suffering and penance, in their belief and tradition regarding the crucifixion of Jesus.

Despite being strongly influenced by Islam, Ashura is an opportunity for followers of different religions to commemorate religious history and indulge in unique practices that send a message of new beginnings, love, unity, and prosperity.

Read also: Ashura: An Islamic Festival or a Commercial Event? 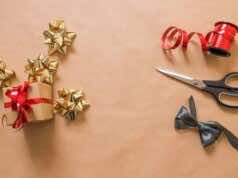 Eight Simple Holiday Gift Ideas for Your Loved Ones