Rabat – Brazil is “resolutely committed” to consolidating cooperation with Morocco in the judiciary and security fields, Brazilian Minister of Justice and Public Security Andre Mendonca said on Tuesday.

Mendonca made the statement in an interview with Morocco’s state media after meeting with the Moroccan Ambassador to Brazil, Nabil Adghoghi.

Morocco has experienced a “confluence” of legal, justice, and public safety elements through its exchanges with the Mediterranean, European, and African regions, Mendonca said.

“These experiences [will allow] us to understand the realities in the whole region,” he added.

According to the Brazilian minister, Morocco has been able to make use of good European practices and policies.

“We are engaged in the pursuit of dialogue and construction with Morocco, which has accomplished several reforms,” Mendonca announced, citing Morocco’s 2011 constitution.

The Brazilian official revealed that several cooperation agreements between Morocco and Brazil are currently under negotiation, especially in the fields of security and information exchange.

Meanwhile, Ambassador Adghoghi said the meeting was an opportunity to “express satisfaction with what has been accomplished in terms of strengthening the legal partnership framework.”

The Moroccan diplomat recalled recent agreements between Morocco and Brazil on the transfer of prisoners, cooperation in fighting crime, and extradition.

He also mentioned a recent Memorandum of Understanding between Morocco’s Court of Cassation and Brazil’s Federal Supreme Court.

The strengthening of legal cooperation between the two countries would enable them to enrich their partnership framework through new agreements, Adghoghi said.

Talking about the new agreements under preparation, the Moroccan ambassador said they will tackle fields such as organized crime, terrorism, drug trafficking, human trafficking, and money laundering.

Morocco and Brazil signed their most recent agreements in June 2019 after Minister of Foreign Affairs Nasser Bourita flew to Brasilia to meet with his Brazilian counterpart, Ernesto Araujo. 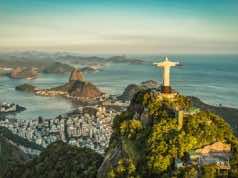