Both Morocco and Canada expressed determination to see their cooperation grow at all levels.

Rabat – The new ambassador of Canada to Morocco, Nell Stewart, welcomed the North African’s solidarity after the tragic Beirut explosions.

Stewart’s remarks came during a meeting with the speaker of Morocco’s House of Representatives, Habib El Malki, on Tuesday.

The meeting followed her accreditation as Canada’s ambassador to Morocco.

During the visit, the Canadian diplomat also expressed satisfaction with Morocco’s solidarity towards African countries during the pandemic.

Morocco sent several flights loaded with medicines and medical equipment to 15 African countries to help them in their fight against the pandemic.

Steward underlined the importance of cooperation between Canada and Morocco, stressing the common will to promote the status of women and to coordinate actions at the international level on many issues.

The diplomat also recalled the presence of a large Moroccan community in Canada.

According to the Canadian government, the Moroccan diaspora in Canada represented more than 104,000 people residing primarily in the Montreal area.

“Morocco is also the third largest source of immigrants to Quebec,” the government added.

Stewart recalled that the Canadian parliament recently created a parliamentary friendship group between the two countries, a body that seeks to strengthen diplomatic and cooperative relationships.

He said the two countries share the same values regarding gender equality and “consolidating democratic choice.”

The Moroccan official also vowed to consolidate the ties of cooperation between the legislative institutions of the two countries. He stressed that “parliamentary diplomacy contributes to the consolidation of relations with friendly countries, and Canada is considered a distinguished partner of the kingdom.”

The Canadian government announced that Canada’s commercial activity in Morocco is “diversified.”

The activities focus on trade and investment.

“Major drivers of Morocco’s economy include agriculture, tourism and mining (of phosphates). An emerging high-end (aerospace, automotive) manufacturing sector is also present in the country.”

Additionally, “Morocco is one of the priority countries identified in the Canadian strategy regarding international education.” 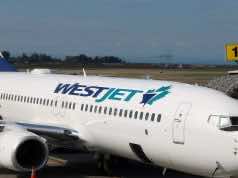 Canadian Plane Makes U-Turn After Passenger Claims to Have Coronavirus