In recent months, diplomatic correspondence between Morocco and Spain mainly focused on the reopening of borders. 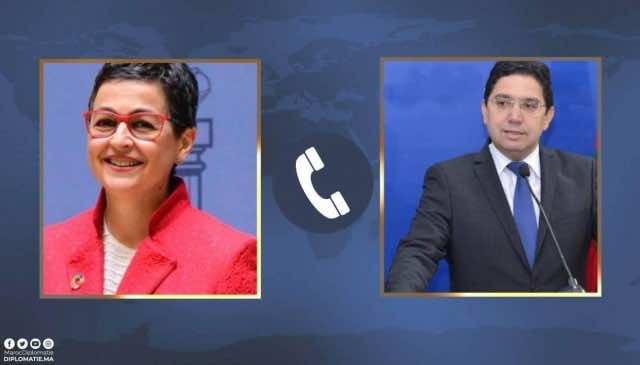 According to a statement from the Moroccan Ministry of Foreign Affairs, the discussion is part of permanent consultations between Morocco and Spain.

The conversation focused on bilateral relations, as well as regional issues relating to the Mediterranean, the Sahel, and the Middle East.

Bourita and Laya also talked about relations between Morocco and the European Union, the statement said.

While the Ministry of Foreign Affairs did not share further details about the conversation, the prospect of reopening borders could have been one of the discussed topics.

In recent months, Spain expressed its readiness to open its international borders with Morocco on several occasions, on the condition of reciprocity.

Morocco, however, has to date decided to maintain its borders shut to prevent the spread of COVID-19, except for some special flights benefiting stranded tourists and Moroccans living abroad.

While Morocco’s state of health emergency is scheduled to end on September 10, the country’s current epidemiological situation makes an extension highly probable. This means that Morocco’s international borders will likely remain closed for tourists even after September 10.

Bourita and Laya last met in January 2020 in Rabat to discuss several issues, most notably Morocco’s decision to define its maritime borders.

The two senior diplomats expressed satisfaction with the current level of cooperation between Morocco and Spain.

“Morocco is proud of the security cooperation between the two countries, with serious joint efforts to curb terrorism, transnational insecurity, and organized crime,” Bourita said.

Meanwhile, the Spanish foreign minister underlined that her visit to Morocco spoke of the two countries’ determination to maintain fruitful relations.

Laya added that Spain is always pushing EU members to support and cooperate with Morocco.

“Morocco is a source of stability for Spain,” she declared.