Rabat – A group of 43 irregular migrants from Mali have landed on the beach of the Atlantic city of Tarfaya, southern Morocco, mistakenly thinking they reached the Canary Islands.

Spanish news outlet EFE reported that the migrants took off from a Mauritanian beach, sailing thousand kilometers in a “wooden dugout.”

According to the report, the group of migrants “mistakenly” ended up in a Moroccan city less than a 100 kilomters from Fuerteventura, the Canary Islands’ second largest city.

The news comes as Morocco intensifies its efforts to  control and curb irregular migration on the Mediterranian and the Atlantic coasts.

Throughout the year, Morocco arrested scores of irregular migrants trying to reach Europe through its coasts.

Over the years, Morocco has rapidly gained the double status of a transit and destination country, making the North African country a permanent or temporary sanctuary for increasing waves of irregular migrants.

Spain has consistently expressed satisfaction with its cooperation with Morocco on wide ranging security matters, especially the fight against human trafficking.

In January, officials from Spain said cooperation with Morocco helped the European country to cut irregular migration by half.

The number of migrants who succeeded to reach the Canary Islands increased this year. According to statistics from the Spanish Ministry of Interior, Spain registered 3,933 entries to the Canary coasts by sea compared to 584 in 2019. 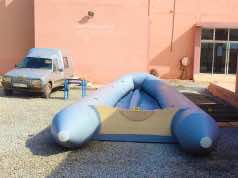