If you are on a diet, do not try Moroccan stuffed msemen---unless it’s your cheat day.

Rabat – There are plenty of ways to serve msemen, Morocco’s famous flatbread. Moroccan msemen can be appropriate at breakfast time or for an evening snack. One of the best ways to serve msemen is stuffed with delicious fat and spices, accompanied by a cup of sweet Moroccan mint tea for even more flavor.

Savory Moroccan stuffed msemen will need several ingredients and some hard work, but trust me—it’s worth it.

Just a little advice, though: Unless it’s your “cheat” day, do not try Moroccan stuffed msemen if you want to keep your weight balanced.

The following recipe makes enough for 15 small pieces of Moroccan stuffed msemen. If you are planning to prepare just one or two pieces, you will need to use fewer ingredients.

First, let’s prepare the stuffing or “sauce” for the msemen.

Half a tablespoon of black pepper

Half a tablespoon of salt

Half a tablespoon of paprika

Half a tablespoon of chili powder (optional)

In a small bowl, grate your frozen lamb fat. This is the Moroccan way, but you can definitely use another type of filling if the lamb fat sounds odd. Try ground beef or, if you are vegan, grated vegetables such as zucchini and carrots.

Place the onion and the green pepper in a saucepan over medium heat.

Once the green pepper is half cooked and the water from the onion is almost fully evaporated, add the spices and your cooking oil.

With a spoon, stir all the ingredients together until the green pepper is fully cooked.

Add your grated fat until it melts down. Some Moroccans cut the lamb fat into tiny pieces rather than grating it, but others prefer it melted for a better texture.

When the sauce for your Moroccan stuffed msemen is cooked, let it cool. Now you will move to the next fundamental phase.

If you ever visited Morocco and missed the chance to test Moroccan msemen, this is your chance to learn how to prepare it at home.

The ingredients for classic Moroccan msemen are the same no matter what you stuff it with. Let’s make some msemen!

Half a tablespoon of sugar

Half a cup of soft melted butter

Combine your bowl of all-purpose flour with half of the bowl of fine semolina.

Make a small hole in the middle of the flour and add your salt and sugar.

Add water little by little until you make the dough.

Work the ingredients with your hand. You will need to feel the paste and see if it is soft enough for the next phase.

If the dough is sticky, add more flour until the texture is smooth.

Now put your dough on the kitchen counter and work it very well with your hand until you get a very smooth and elastic paste.

After letting your paste rest for 10 to 15 minutes, form little balls of dough. 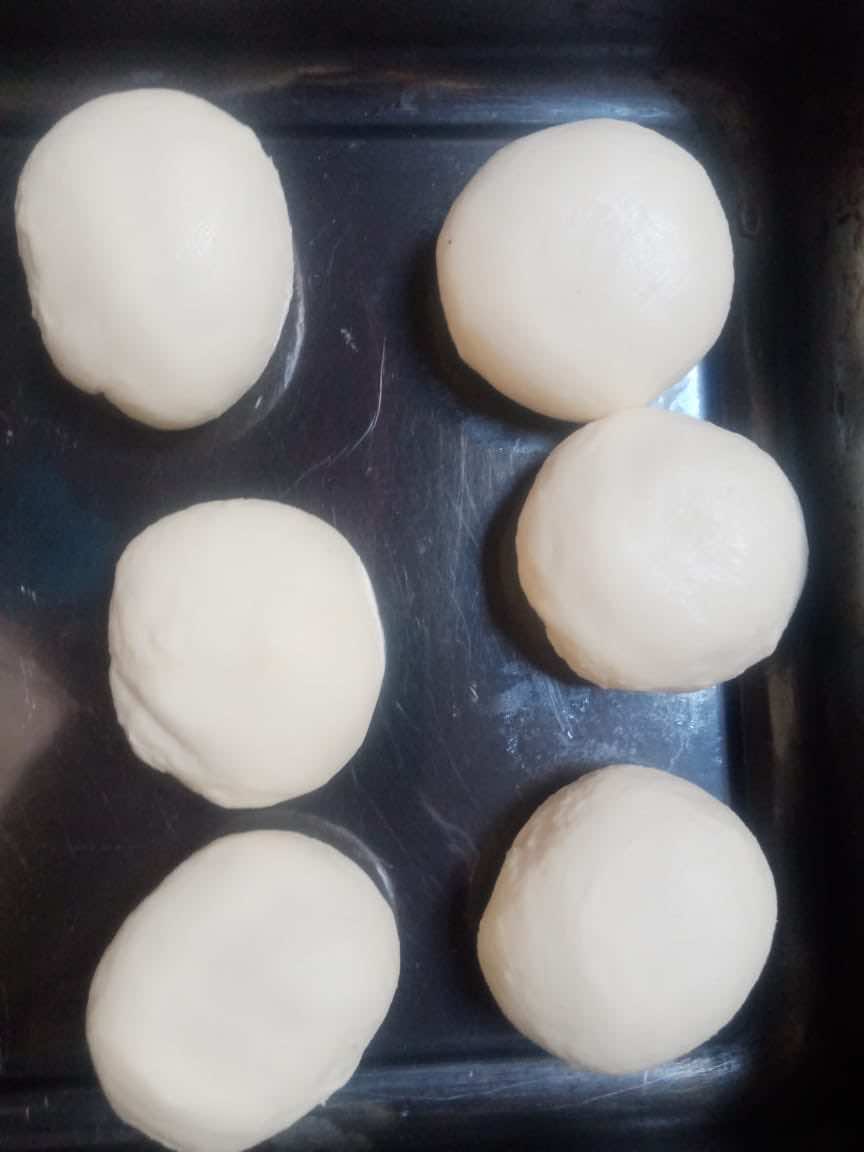 On a large plate, take one of the dough balls at a time and press it with the help of your soft butter to get a flat circle. You can use cooking oil if you don’t want to use butter. Now, get your lamb fat sauce and add one to two spoons of the sauce in the middle of the dough circle. Fold the dough over itself until you get it shaped like a square. Do the same method for the rest of the dough balls. After you finish filling all your dough, get your square-shaped msemen ready to cook. 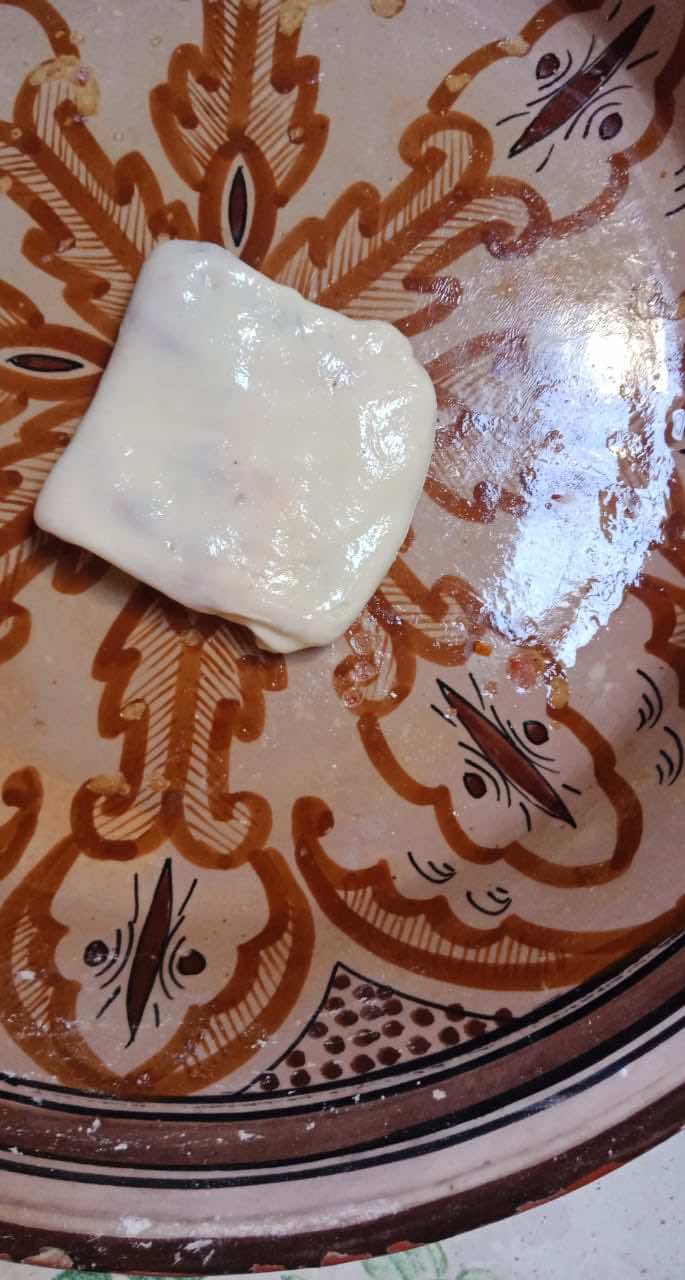 Place a pan over medium heat and add your msemen one at a time.

Add a handful of oil or butter, depending on what you used to press your msemen, to the pan when you are cooking the msemen.

Flip the msemen to get it cooked on both sides. Now you have perfect Moroccan stuffed msemen!

If you want to skip the savory sauce, it is certainly fine. You can serve the dish with cheese or butter with honey instead.