Rabat – The imam of the Grand Mosque in Mecca delivered a remarkable sermon on Friday that appeared to signal Saudi Arabia could normalize relations with Israel. Abdul Rahman al-Sudais, the imam of the Great Mosque, spoke on the importance for Muslims to respect other faiths and highlighted several stories about interactions between Jewish people and the Prophet Mohammed.

Imam Sudais is a senior religious leader in Saudi Arabia. He is the imam of the Grand Mosque of Mecca and the president of the General Presidency for the affairs of the Two Holy Mosques.

In his sermon this Friday, Imam Sudais spoke at length about the prophet’s early days in Mecca and his interactions with people of different faiths. He said the Isamic community needed to “correct and purify the Islamic faith from false and suspicious beliefs.” The imam’s remarks about peaceful coexistence with other faiths are not controversial in any way, but the timing of the sermon amid geopolitical changes in the region sparked online debate.

Users on social media furiously debated the imam’s speech. Many Israeli users saw the imam’s remarks as a sign of impending change in the Saudi position on Israel. Meanwhile, Israeli media reports suggested the sermon is a clear signal of an approaching normalization agreement with Israel.

However, that the sermon was well received in Israel made supporters of a free Palestine suspicious of its intent.

“A zionist tweets, loves and praises the Imam of Makkah,” commented one social media user. Even more sarcastic, another Twitter user posted a picture of Mecca’s Grand Imam with the caption: “I am a rabbi, not an imam.”

Sudais has made similar remarks about religious coexistence. In 2005 he told the BBC “the history of Islam is the best testament to how different communities can live together in peace and harmony.” However, in the same interview he also described Israeli Zionism as “the worst of the enemies of Islam.”

If the sermon is indeed a sign of impending ties with Israel, the move would be a significant game-changer in the public stance of the Saudi kingdom regarding Palestine. On August 21, Prince Turki al-Faisal of Saudi Arabia stated the Saudi price for normalization would be a “free Palestine.” 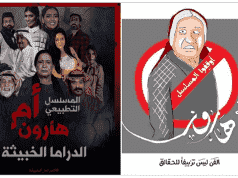 Saudi Arabia Strips Journalist of Citizenship for Normalization with Israel