Rabat – The Walt Disney Parks and Resorts corporate has taken legal action against the Moroccan pavilion at the EPCOT theme park in the US state of Florida in order to recover some debt.

Walt Disney Parks filed a complaint on Wednesday against Marrakesh Moroccan Restaurant, the company operating the facilities of the Moroccan pavilion in EPCOT.

The claim against the company managing the attractions comes after it was unable to pay some of its debt due to the COVID-19 pandemic.

In March, while the EPCOT theme park was closed due to the pandemic, the company managing the Moroccan pavilion applied for a loan of $1-2 million under the Paycheck Protection Program. The loan aimed to preserve 260 jobs.

Despite the gradual reopening of the theme park, many restaurants in the Moroccan pavilion are still unable to reopen due to financial difficulties.

While the majority of other pavilions in the EPCOT theme park operate under the Walt Disney Parks and Resorts corporation, Morocco’s government funds the Moroccan pavilion.

Morocco financed the design of the pavilion, which took six months to build, and continues to sponsor it.

With COVID-19 still strangling businesses in the US, it remains to be seen whether and how the Moroccan pavilion will survive the crisis. 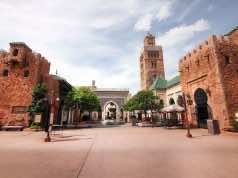 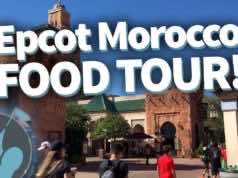