TGR announced the deficit in its monthly bulletin detailing public finance statistics for the month of August.

Rabat – The General Treasury of Morocco (TGR) has revealed that the country’s budget deficit reached MAD 43.5 billion ($4.7 billion) at the end of August.

The figure represents a decrease compared to August of the last year, when Morocco recorded a budget deficit of MAD 33.8 billion ($3.6 billion).

TGR announced the deficit in its monthly bulletin detailing public finance statistics for the month of August.

In addition to customs revenue, the bulletin showed a decline of 6.2% in the domestic consumption tax of manufactured tobacco.

In addition, Morocco’s Directorate of Personnel Expenses (DDP), an affiliate of TGR, revealed that resources of the income tax decreased by 2.4%.

Social solidarity contribution in August 2020 increased by 5.6% from August 2019.

The expenses include an overall expenditure implementation rate of 60% and an issuance rate on implementations of 86%. In August 2019, the same rates stood at 61% and 83%, respectively.

In addition, ordinary expenses increased by 2.3%, due to a 7.9% increase in expenditure on goods and services.

The increase is due to a 36.5% rise in expenses in common charges and an 8.9% drop in ministries expenses. 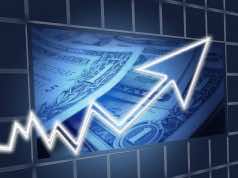