Rabat – Morocco is set to represent Africa at the UN Committee on Economic, Social, and Cultural Rights for a period of four years, from 2021 to 2024.

The UN Economic and Social Council elected the Moroccan candidate, Mohammed Amarti, on Monday, September 14. He was elected alongside Egypt’s Mahmoud Ezzeldin to represent Africa within the international body.

Morocco and Egypt will join Mauritius and Nigeria to form the African group of the UN committee. South Africa and Burkina Faso were also running for a seat on the committee, but did not get enough votes.

The UN’s Committee on Economic, Social, and Cultural Rights includes 18 independent experts—four from Africa, four from Asia, four from Latin America and the Carribean, three from Eastern Europe, and three from Western Europe and other states.

The committee’s main mission is to monitor the implementation of the International Covenant on Economic, Social, and Cultural Rights. The multilateral treaty, signed in 1966, aims to preserve labor, health, and education rights, as well as the right to adequate living standards in non-self-governing territories.

Read also: Morocco Elected Member of the UN Committee on the Rights of the Child

Who is Mohammed Amarti?

Amarti is a university professor with over three decades of teaching experience. He teaches at the Faculty of Judicial, Economic, and Social Sciences of the Mohammed I University in Oujda. His areas of expertise and research interests  mainly include  international law, as well as human, migrant, and refugee rights.

Amarti is also a member of Morocco’s National Human Rights Council (CNDH) and presides over the council’s regional committee in the Oriental region.

Between 2011 and 2018, the Moroccan professor worked as director of the Studies and Research Laboratory on Human Rights (LERDHOM). He is also a regular research contributor to several institutions in Morocco and abroad. 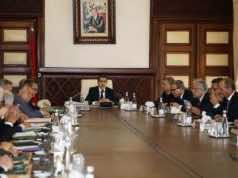 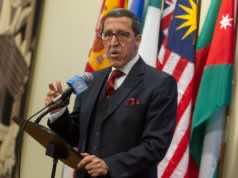