Morocco improved scores in sanitation, internet use, and advanced education, among a few other indicators, despite its overall decline in the ranking.

For Morocco’s highest component scores, the assessment shows 89.91 for shelter, 88.87 for Nutrition and Basic Medical Care, 87.27 for Water and Sanitation, 73.08 for Personal Safety, and 68.26 for Access to Information and Communications.

The lowest score component scores include 63.93 for Personal Freedom and Choice, 59.65 for Personal Rights, 56.91 for Health and wellness, 52.12 for Access to Advanced Education, and 30.02 for Inclusiveness.

Elsewhere in the Maghreb, Tunisia ranked 55th worldwide, followed by Algeria (83), and Mauritania (143). The organization did not include data about Libya.

Morocco made relatively good social progress in certain areas, including sanitation and usage of clean fuels and technology for cooking.

The country’s Opportunities component saw progress in access to justice. The overall category of Access to Advanced Education also improved.

The North African country also “overperformed” in the number of internet users, as a Foundations of Wellbeing indicator.

On March 6, Morocco’s National Telecommunications Regulatory Agency (ANRT) announced that the number of internet subscribers in Morocco amounted to 25.38 million in 2019.

This translates to an 11.43% increase in internet subscriptions, marking a growth of 2.6% compared to 2018.

In terms of education, Minister of Education Saaid Amzazi announced on January 6 that Morocco was set to open 34 new higher education institutions in 2020.

The minister said that the government launched 17 new higher education institutions in 2019 and the number of new institutions would double in 2020.

Social Progress Imperative is an American NGO that provides data on social and environmental health worldwide.

The organization operates under the support of major entities such as Microsoft, Silicon Valley Community Foundation, and Rockefeller Brothers Fund. 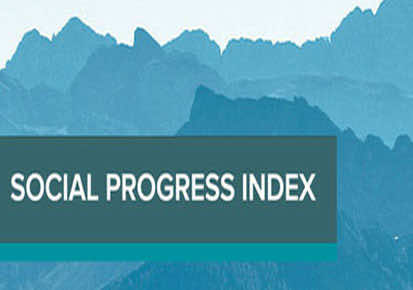