Rabbah is the second Moroccan minister to publicly confirm a COVID-19 infection. 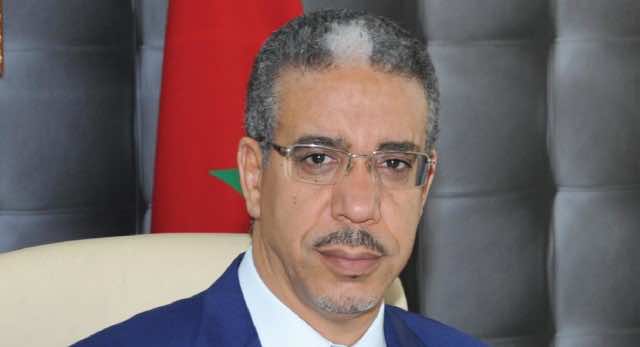 Rabat – Morocco’s Minister of Energy, Mines, and the Environment Aziz Rabbah confirmed on Thursday that he has tested positive for COVID-19.

“For everyone who asks about my health, it was confirmed after the tests that I conducted today that I am infected with the Coronavirus,” he stated.

“I ask you to pray for me and all the infected, and may God protect our country and our people from all evil.”

Rabbah, 58, also serves as the mayor of Kenitra. He was the minister of transportation and equipment in Abdelilah Benkirane’s government.

Local media outlets began speculating on Thursday that the minister was ill after reports of an ambulance taking him and his wife to the hospital made their way through the grapevine.

The minister confirmed his infection later in the evening.

In March, Minister of Transport and Logistics Abdelkader Amara revealed he tested positive for COVID-19.

The minister developed symptoms soon after arriving in Morocco from a working trip in Hungary.

He explained having abnormal fatigue and a headache, prompting him to test for COVID-19.

Before he confirmed his positive infection on March 14, Amara attended the weekly Government Council meeting on March 12.

After his diagnosis, the Moroccan government and staff underwent testing for COVID-19. All test results came back negative.

Amara’s infection made him the 18th confirmed case of COVID-19 in the country.

Two weeks into his case, Amara assured the public that he was in good health and continuing to work normally from home. He added that his family members were also doing well while he remained under quarantine.

In line with Morocco’s official health measures, Minister Rabbah will self-isolate or receive treatment at a hospital, depending on the severity of his COVID-19 symptoms. His family members, acquaintances, and colleagues will likely undergo diagnostic tests.