With a budget of MAD 1.9 billion ($ 206 million) from the Special Fund for the Management and Response to COVID-19, the ministry concluded in total 247 deals with 98 different companies to purchase various COVID-19 equipment, including drugs and personal protective equipment.

In addition, the ministry purchased advanced supplies from abroad, including serological laboratory and detection equipment, chemicals and drugs. In particular, the purchase included sufficient quantities of the raw material for Chloroquine as well as personal protective equipment, two of the most essential products in the country’s fight against the pandemic.

Minister Ait Taleb announced the deals before the social sectors commission at the House of Representatives in Rabat.

Ait Taleb stressed, however, that all equipment related to laboratories and hospitals operations fall within the framework of contracts that the ministry concludes on an ongoing basis.

These include the mobilization of 5,970 hospital beds, including 1,200 resuscitation beds, and the mobilization of 1,151 artificial ventilators, he said. The minister added that contracts were also made to equip 31 hospitals with scanners and to make 73 mobile radios available to medical personnel, in addition to 207 ultrasound machines.

These medical supplies benefited more than 72 hospitals across Morocco, Ait Taleb revealed, noting that the ministry’s negotiations made it possible to purchase these items at a lower cost than initially estimated, saving 20% of the expected cost.

For COVID-19 testing, the Moroccan minister said that his department also received two offers in April, from two renowned companies to acquire serological screening tests that comply with the international standards adopted in Morocco.

He noted that laboratories across Morocco have 51 screening devices with a capacity of 100 tests per hour, exempting the ministry from significant additional costs. 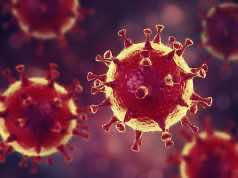