This is not the first time MPs have created controversy over hijab. 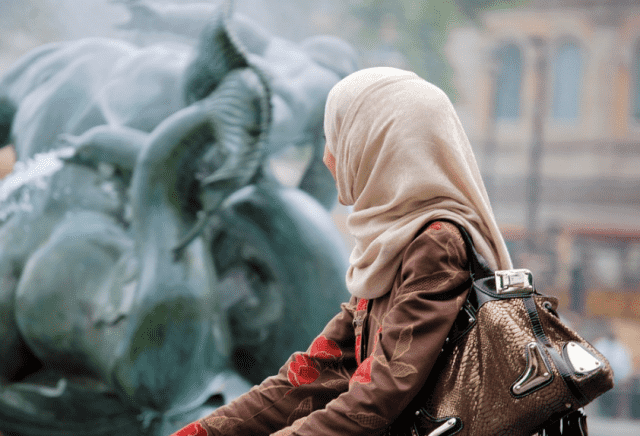 Several French MPs left a parliament meeting on Thursday due to the participation of a woman wearing hijab, a Muslim headscarf.

Maryam Pougetoux, who wore hijab, is a French student union leader and took part in a parliamentary inquiry to examine the impacts of the COVID-19 crisis on youth and children.

The student was surprised to see several French lawmakers exiting the meeting and creating controversy on Thursday.

“As a member of parliament who is a feminist and protector of women’s rights, committed to republican values and secularism, I cannot accept the participation of a person wearing a headscarf to our meeting,” politician and member of the French National Assembly Anne-Christine Lang wrote on Twitter.

“A UNEF speaker interviewed by the National Assembly presented herself in a hijab,” MP from the French Republicans party Pierre-Henri Dumont wrote.

He said that with a lack of reaction from the LREM president, he and other colleagues left the room to protest the “deliberate communitarian act.”

LREM President Sandrine Morch emphasized that no rule prevents the student’s wearing of a religious symbol in the meeting, after which the MPs exited.

Nadine Morano, a former minister from Sarkozy’s government, supported the move of protestation saying, “they were right. But she is the one who should have needed to leave the room.”

With Muslims protesting the move, President Emmanuel Macron backed Charlie Hebdo, saying that French freedoms include the “freedom to believe or not to believe. But this is inseparable from the freedom of expression up to the right to blasphemy.”

The French president argued that “You don’t choose one part of France. You choose France… The Republic will never allow any separatist adventure.”

Thursday’s controversial decision by French MPs to leave the room was not the first of its kind. Last year in October, MPs created outrage for asking a Muslim woman to remove her veil at a plenary meeting of the Regional Council of Burgundy-Franch-Comte.

The woman was accompanying her son and his class on a school trip to explore the mission of the “democratic assembly.”

She left the room with her son after the argument, with the boy crying after the attack on his mother.

Several NGOs warned about the rise of Islamophobia in France.

Earlier this year, Turkish outlet Anadolu Agency cited the President of the National Observatory of Islamophobia, Abdelah Zekri, who emphasized the importance of actions to limit prejudice and hateful acts.

He lamented that Islamophbic attacks increased by 54% last year, saying that the European country reported 100 attacks against Muslims in 2018, against 154 last 2019.