The forming of the commission follows several alarming reports by the UN about the danger of illegal sand quarrying in Morocco. 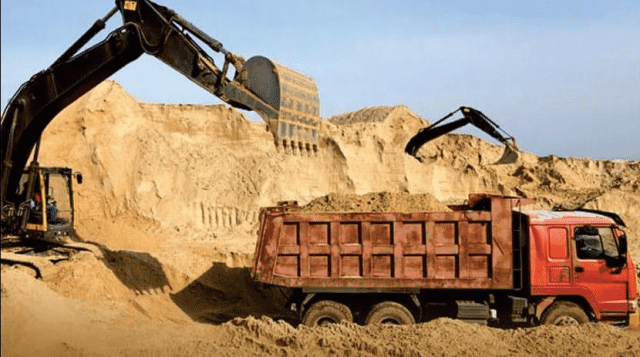 Rabat – Morocco’s House of Representatives is set to form a parliamentarian commission to explore the use of marine sand quarries. The commission will hold a meeting on September 22 to discuss details.

The lower house’s Committee on Infrastructure, Energy, Minerals and the Environment formed the exploring commission.

The creation of the commission comes after a PM from the Authenticity and Modernity party asked the Minister of Energy and Minerals about the ramifications of delivering an environmental approval certificate to Darpor, a port dredging company, to operate near Larache in northern Morocco.

The PM formulated the question on the basis of several reports of studies by the United Nations Environment Program (UNEP), showing the negative repercussion of sand extraction on the environment.

The Moroccan parliament’s move also follows an alarming UN report on the subject. The report, emphatically titled  “Sand, rarer than one thinks,” indicates that the increase in demand for sand has tripled over the past twenty years, amid increasing population, urbanization, and construction work.

The study revealed that over 10 million cubic meters of sands every year — representing over 50% of sands in Morocco — are being extracted through illegal alerting sand quarries.

In addition to glass and asphalt, sand plays a key role in construction, making it a crucial material for development.

Another report by the United Nations Environment Programme (UNEP), “Sand and Sustainability,” warned against sand quarries and their illegal exploitation in Morocco. Using the North African country as a special case study on sand mafias, the UNEP report drew attention to the problem of illegal sand mining on Moroccan beaches.

According to the report, crushed rock, sand, and gravel account for the largest volume of extracted solid material around the world.

In addition to negatively affecting the environment, Illegal sand quarries in Morocco also hurt the country’s tourism by destroying the natural beauty of beaches.

In the coastal city of Asilah, northern Morocco, a number of illegal sand quarrying took place during the tourism construction boom in 2012-2014. A 2016 report by Middle East Eye found a dangerous trend of “sand exploitation” in the Moroccan city.

“They were building like mad men,” one local said of real estate developers’ and construction workers’ rush to sand mining sites. sand mining rush. “They just assumed that the sand would naturally replace itself.”

In March 2019, the beach of Imsouane, north of Agadir, also suffered an erosion of beaches due to regulatory issues and disorderly construction activities on tourism sites.

Imsouane, a popular spot for surfers, featured in Forbes’ “most beautiful beaches in the world” ranking in 2017.