Rabat – Morocco’s Ministry of Agriculture expects the country’s agri-food exports to increase by 10% over the next year.

As part of its 2020-2021 agri-food export campaign, which began on September 1, the ministry aims to compensate for the losses in exports Morocco incurred due to the COVID-19 pandemic.

The 2019-2020 campaign recorded “good performance,” but the ministry hopes agri-food exports will rise even further. The ministry emphasized the sector’s “promising prospects” despite drought and the pandemic.

The ministry added that Morocco’s main citrus competitors have a relatively limited supply, yet the demand for vitamin C-rich citrus fruits is on the rise given the global health crisis.

Morocco’s fruit and vegetable exports recorded a volume of around 1.416 million tonnes during the 2019-2020 campaign. The volume represents an increase of 12% compared to the 2018-2019 campaign, when volume stood at 1.266 million tonnes.

The country’s overall exports decreased by 5.7% in the first eight months of 2020, according to data from the National Ports Agency (ANP). However, Morocco’s Ministry of Agriculture is hopeful that agri-food exports will recover from the COVID-19 pandemic over the coming year.

Read also: Morocco’s Exports Down by 5.7% in First Eight Months of 2 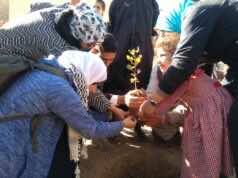