Morocco has one of the highest incidence rates of cervical cancer in the Middle East and North Africa.

The Moroccan experience was at the center of discussion during Monday’s panel, which Morocco’s diplomatic mission organized in its capacity as president of the General Conference.

Morocco’s Ambassador to Austria, Azzeddine Farhane, co-chaired the discussion alongside IAEA Director-General Rafael Grossi. The Deputy Director General and Head of the Department of Nuclear Sciences and Applications at the IAEA, Najat Mokhtar, moderated the panel.

Khammar Mrabit, the director-general of the Moroccan Agency for Nuclear and Radiological Safety and Security (AMSSNuR), presented Morocco’s use of nuclear techniques to detect and treat cervical cancer. AMSSNuR, as Morocco’s regulatory nuclear authority, plays an essential role in the deployment of such nuclear medicines.

According to the Tunisian Center for Public Health, 3,388 Moroccan women were diagnosed with cervical cancer in 2018 and 2,465 died. The figure amounts to 12.6 annual deaths from cervical cancer per 100,000 women, more than twice that of Algeria, Libya, Egypt, or Sudan.

In the Middle East and North Africa, Morocco has one of the highest incidence rates of cervical cancer, along with Mauritania and Somalia.

Human papillomavirus (HPV) is the leading cause of cervical cancer around the world. In Morocco, the Tunisian Center for Public Health estimates that 3.3% of women have “HPV type 16 or 18 at a given time, which causes approximately 79.4% of invasive cervical cancers in the country.”

“If decisive action is not taken at the national level, annual deaths due to the disease will double again by 2040, reaching 4,570 deaths per year in Morocco,” the center stressed in 2019.

In the face of this epidemic, Morocco has worked to fight cervical cancer with nuclear medicine.

A press release from AMSSNuR emphasized that in its capacity as the regulatory authority in nuclear and radiological safety and security, the agency ensures the secure use of ionizing radiation in the diagnosis and treatment of cervical cancer.

The agency added that AMSSNuR oversees the development and revision of regulatory texts and radiological safety guides, ensuring they comply with international safety standards such as the general IAEA safety requirements.

Morocco is committed to the fight against cervical cancer, Mrabit stressed in the statement, emphasizing the importance of regional and international cooperation.

The country further demonstrates its commitment by organizing workshops and training for the benefit of health professionals and regulatory body staff, facilitating safe and secure access to radiation therapy, and sharing expertise in regulatory oversight of radiation safety.

Morocco’s, the AMSSNuR statement underlined, is to protect workers, patients, the public, and the environment from the risks inherent to nuclear technologies while ensuring that these technologies can benefit patients in need. 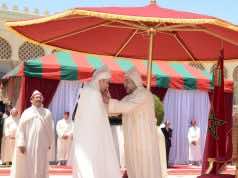 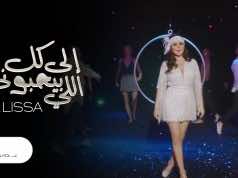