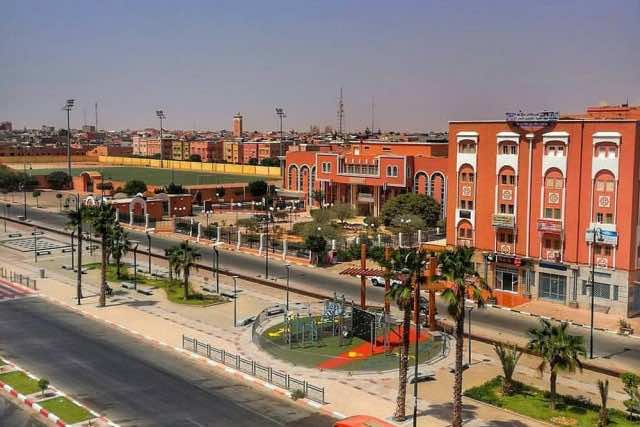 The UN Educational, Scientific, and Cultural Organization (UNESCO) has removed the city of Laayoune, in southern Morocco, from its Global Network of Learning Cities (GNLC) because “it did not entirely fulfill all the required criteria.”

The UNESCO Institute for Lifelong Learning (UIL) removed Laayoune from the list on Thursday, September 24, only one day after it announced the 55 cities that joined the network.

Laayoune, along with Benguerir and Chefchaouen, were the three Moroccan cities that initially appeared on the September 23 list.

In Thursday’s “corrigendum,” the UIL announced its decision to “rectify the list of new members of the GNLC.”

“Two Moroccan cities — and not three as mentioned previously — join the network this year: They are Benguerir and Chefchaouen. The UIL presents its apologies for the error,” the statement said.

Meanwhile, GNLC’s website claims that “following a further review, one of the cities was removed from the list as it did not entirely fulfill all the required criteria.”

UNESCO’s change of heart came after several pro-Polisario media condemned the selection of Laayoune on the list because it is located in Western Sahara.

The media outlet of the self-proclaimed Sahrawi Arab Democratic Republic (SADR) considered the decision to add Laayoune on the list a “provocative step” and urged UNESCO to “take the necessary measures to correct the unjustified error.”

The UIL did not clarify the reasons behind its removal of Laayoune from the GNLC.

Laayoune is one of Morocco’s major cities in Western Sahara. The self-styled SADR, however, considers the city its “occupied” capital.

Despite Morocco’s major development investments in Western Sahara to improve the socio-economic situation of local populations, the UN and its various bodies continue to consider Western Sahara, including Laayoune, as a disputed territory, pending a final solution to the territorial dispute in the region.

UNESCO’s decision to remove Laayoune from the GNLC likely stems from the complicated international status of the city, and not from its commitment to lifelong learning.

Laayoune hosts several ongoing state-funded education projects, including a library, reading points within schools, foreign-language learning centers, a sports center, a training center for craftsmen, a center for housing students from rural areas, a center for orphans, and school transportation for people with disabilities.

Before the UIL updated its list, Laayoune’s Mayor Moulay Hamdi Ould Errachid expressed optimism about the nomination. He believed that being part of the GNLC would give Laayoune more opportunities to “open up to its surroundings.”